You are here: Home / Editors choice / 810 Killed in First Half of Ramadan 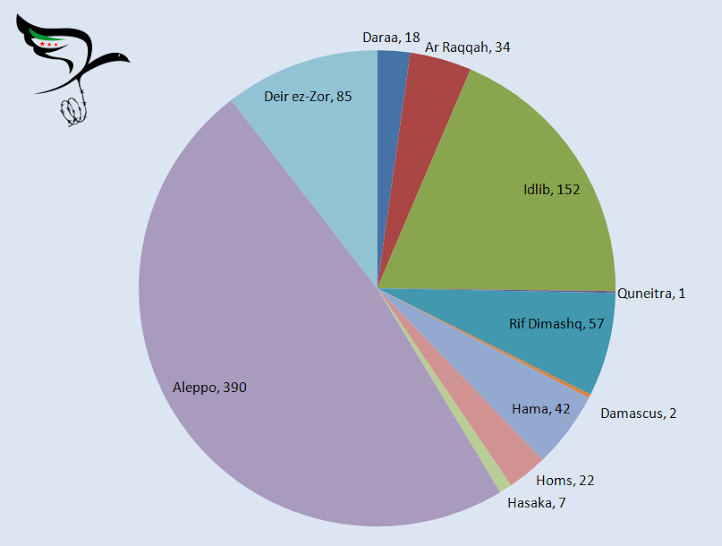 The Syrian Human Rights Committee (SHRC) has documented the killing of 810 people during the first half of the current month of Ramadan, the majority of whom were killed in bombing by Russian and Syrian regime war planes. This is in addition to clashes between battalions of the armed opposition, ISIS and the Syrian regime.

Among the victims are 139 children and 79 women, as well as 13 that were killed under torture. Russian bombing has killed 145 people whilst bombing by the International Alliance killed 28 people, and 83 were killed by ISIS either in clashes against the group, artillery bombing, or executions. Ten people were also killed at the hands of Kurdish militias, and 18 killed by mortar rockets that fell on districts which lie under regime control by armed opposition groups. Thirteen people were killed by gunfire shot by the Turkish border police.

Aleppo witnessed the highest number of deaths during the first half of Ramadan, with 390 people killed in the province, followed by Idlib in which 152 were killed, and then Deir Ezzour in which 85 were killed. In rural Damascus 57 were killed, 42 were killed in Hama, 34 in Ar-Raqqah, 22 in Homs, seven in Al-Hasaka, two in the capital Damascus, and one person was killed in Al-Quneitra.