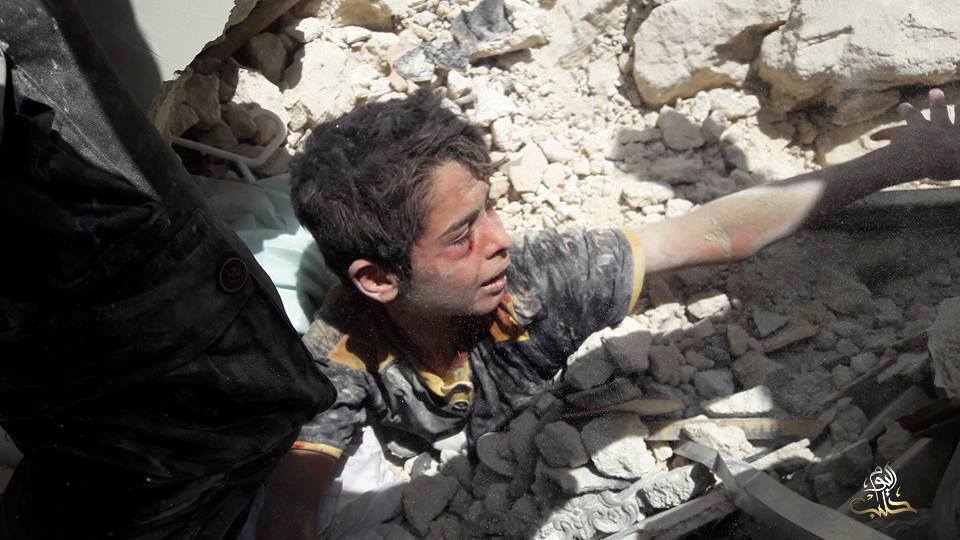 Five people from the same family were killed, and six others- all children- were injured in bombing which targeted the Tareeq al-Bab district of Aleppo.

Civil defence officers managed to rescue a child from the family which was targeted. He was the sole survivor from that family.