You are here: Home / Editors choice / Bloody Day as Aleppo Targeted by Over 50 Air Strikes 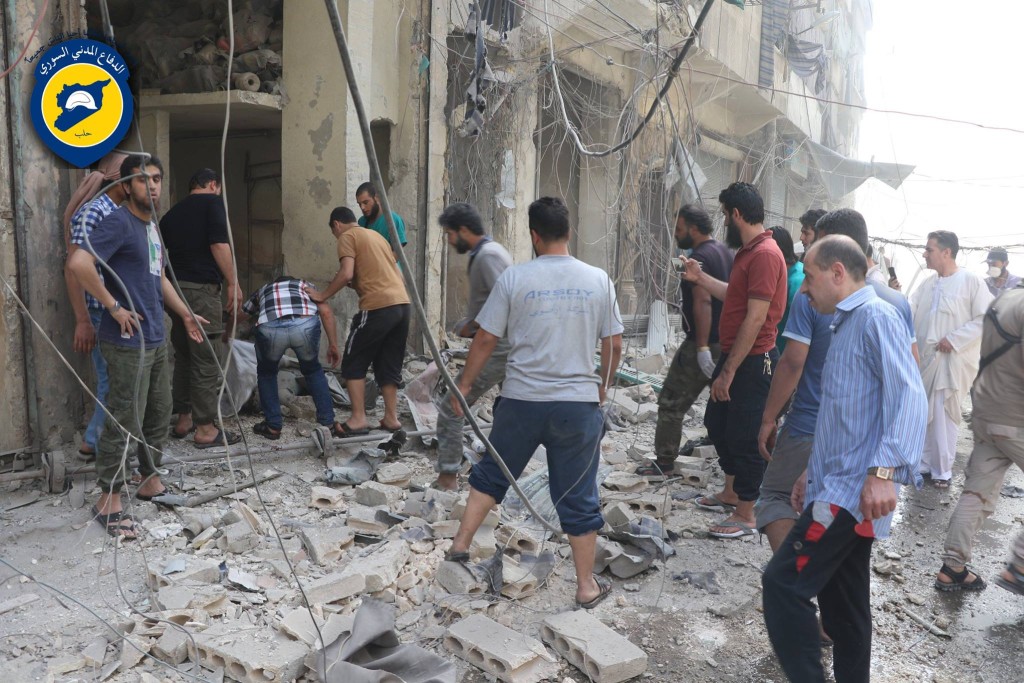 Aleppo has witnessed intense bombing by helicopters and war planes, killing over 25 people and leaving over 60 injured, until this moment.

The bombing on Jisr al-Haj also led to the injury of media man Hadi al-Abdullah and the photographer Khalid al-Isa whilst they covered the massacre taking place in the district.

In addition, barrel bombing on al-Ma’adi also led to the injury of the first investigating judge at the Court of Aleppo city, Abdul Hameed Dabko. 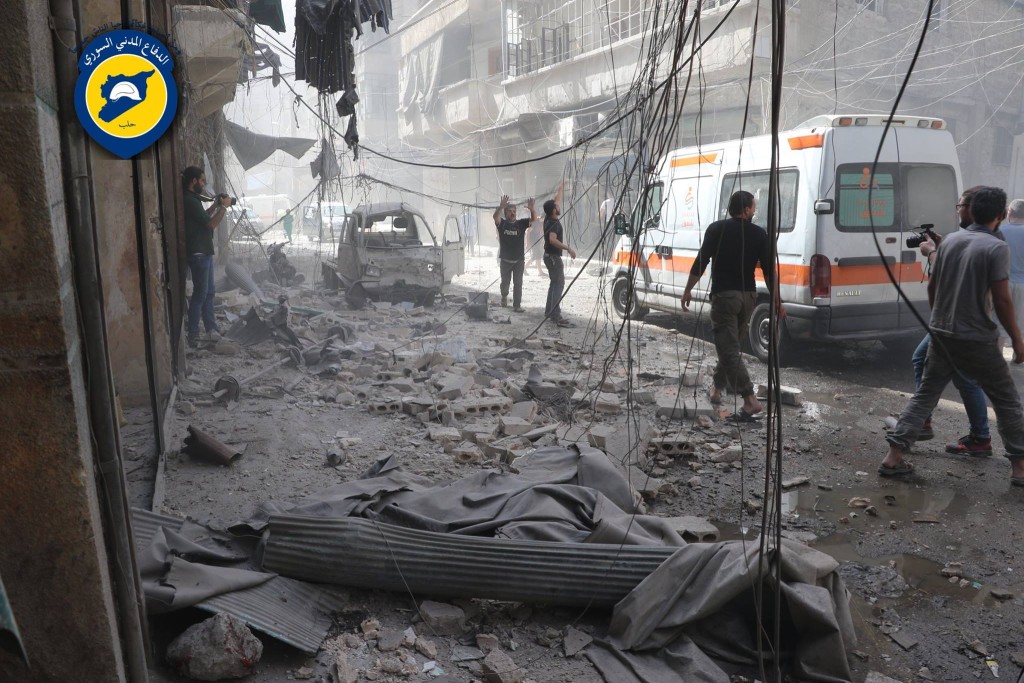