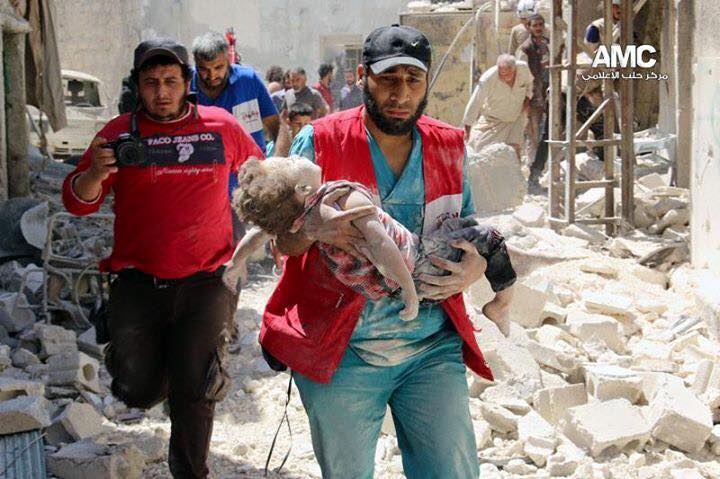 A civil defence officer holds the child Shadha, one of the victims of the bombing

War planes targeted the al-Jazmati district of Aleppo city with several air strikes, killing three people- among them a female child- and injuring several others, as well as causing material damage to residential buildings. 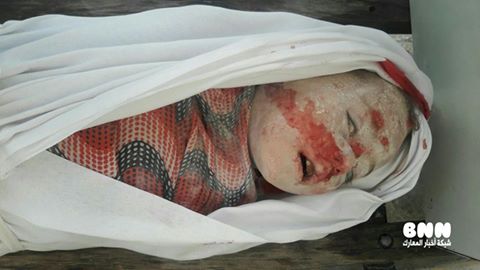 The child Shadha, who was killed in the air strikes on al-Jazmati