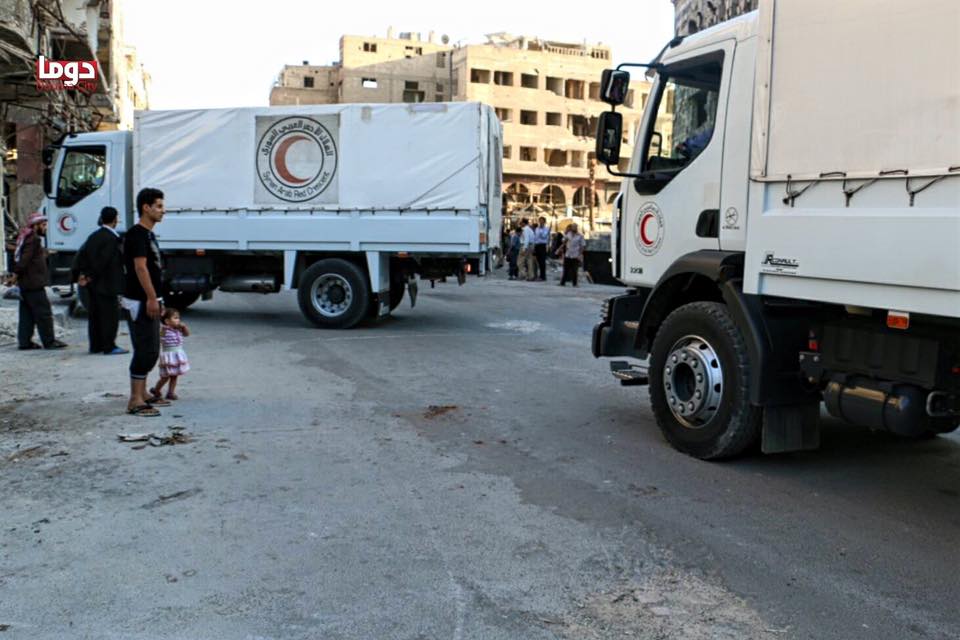 On Friday evening, a convoy of 39 lorries containing food and medical aid entered the city of Douma in rural Damascus. The convoy contained 4000 food baskets and 4000 bags of flour.

The Red Crescent branch of Douma was handed the medical aid, whilst the local council was given the food baskets and flour, in addition to some water containers.

The convoy was the first containing food aid to enter Douma for over a year and a half, as previous convoys only contained medical aid.

Regime forces targeted the area in which the convoy was situated as its contents were being emptied with artillery rockets, however no injuries were recorded.

On Friday dawn, the first food aid convoy entered neighbouring Daraya for the first time since four years and a half. 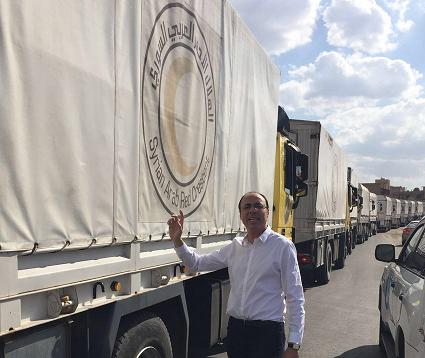 The Egyptian foreign ministry published photos of the Egyptian ambassador in Damascus, Mohammed Tharwat Saleem, posing with the convoy before it left for Douma.