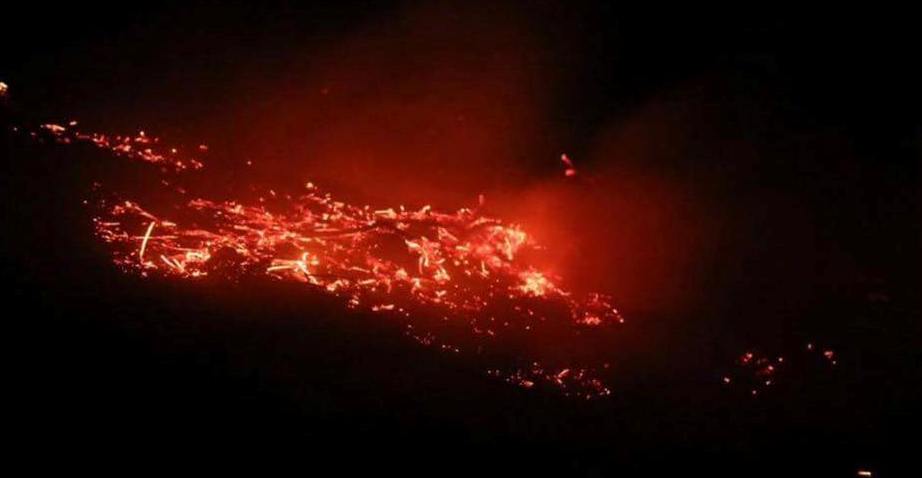 Fires erupt across Qabtan al-Jabal due to the phosphorous bombs

On Sunday dawn, war planes targeted the villages of rural western Aleppo with internationally prohibited Phosphorous bombs, causing fires to spread on a wide scale across the areas which were targeted.

The air strikes containing phosphorous bombs targeted the city of Andan, and the towns of Ainjarah, Qabtan al-Jabal, and Orm al-Kubra, as well as the villages of Hoor and al-Saloom.

The bombing killed two children in Ainjarah, whilst burning down an international publishing house in Orm al-Kubra.

Whilst putting out the fire in the publishing house, civil defence officer Yasir Hussein was killed, and another officer was injured with burns.