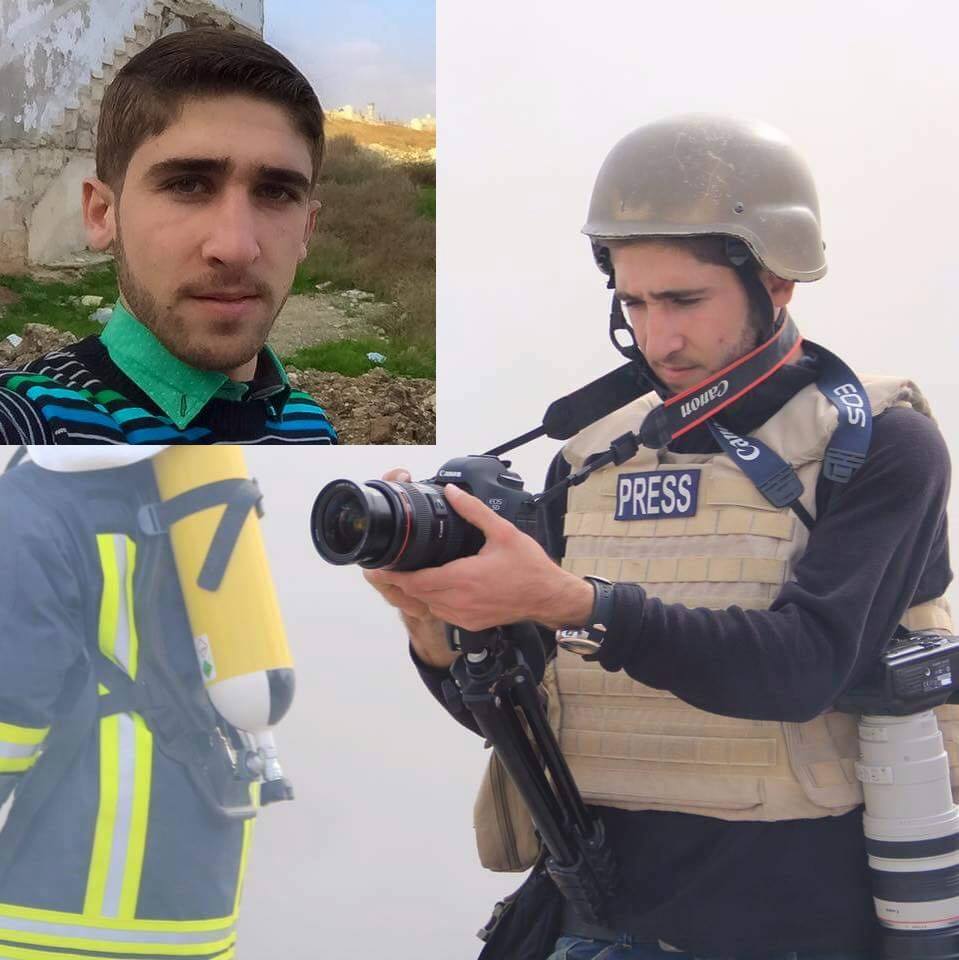 Usama al-Jumuah, a media activist and camera man was killed

A media activist was killed and two others injured in Aleppo during intense bombing which targeted the city on Sunday.