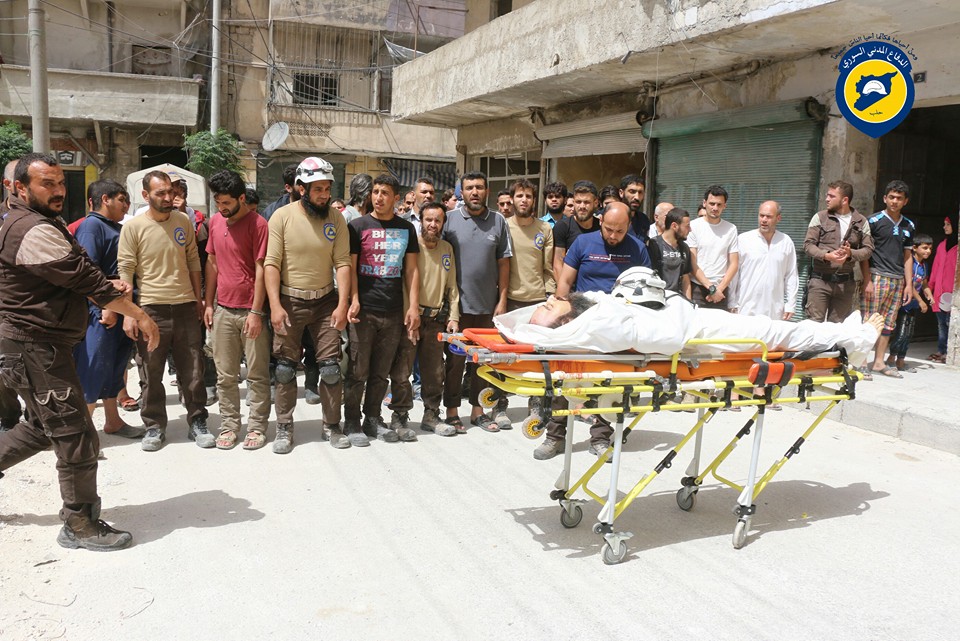 Fawzi Barghouth before his burial

The civil defence of Aleppo city mourned its officer Fawzi Malik Barghouth, who was killed whilst taking part in searching for survivors underneath the rubble and putting out the fires which had erupted as a result of war plane bombing on the al-Sakhoor district of Aleppo on Saturday morning. 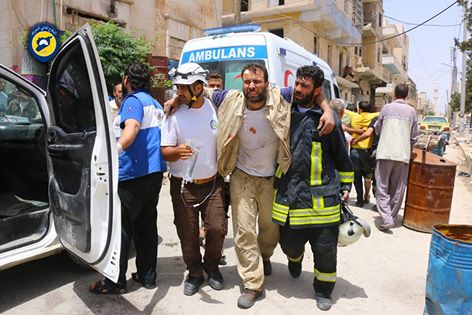