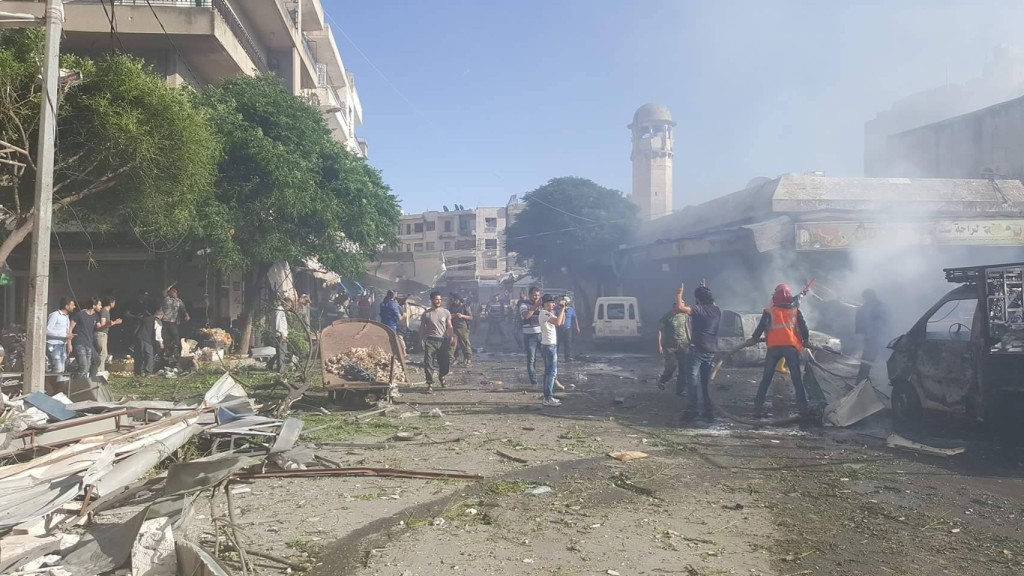 Two were killed and 32 injured in air strikes launched by war planes on the city of Idlib.

Documentation carried out by SHRC reveals that the majority of the air strikes used either Napalm bombs or cluster bombs, both of which are internationally prohibited. 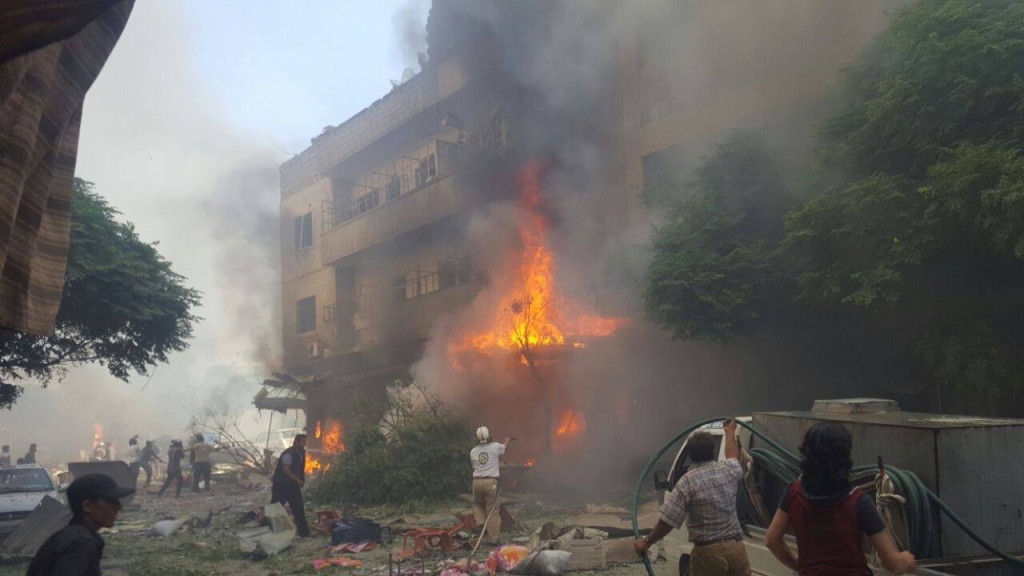