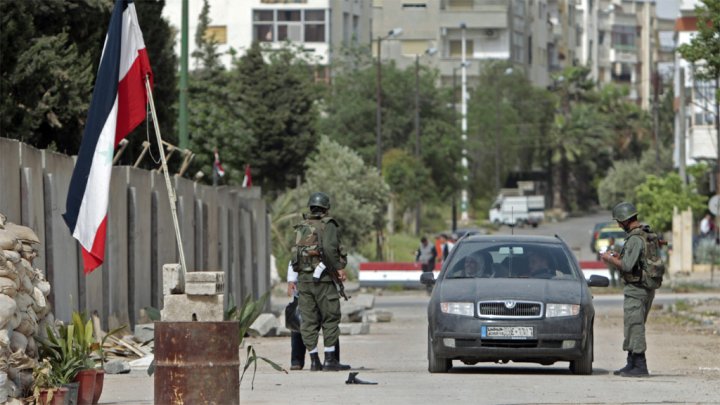 Security checkpoints routinely arrest whomever they want, without any need for a legal justification.

Last Thursday, six children were arrested at the security checkpoint leading into the city of al-Wa’ar in Homs.

The children, who are junior certification students, were in Homs at a ceremony with the Governor of Homs Talal al-Barazi and Sheikh Isam al-Masri, in which the students were provided with a meal and a bag of dates each. However, the six students refused the gifts and said- in front of the governor and the rest of the attendees- that they would not eat whilst their families in al-Wa’ar were hungry. They then left towards the city, and were arrested at the checkpoint there.

It is worth pointing out that junior and high school students from al-Wa’ar have to leave the city to sit their official exams and gain their accredited certificates.