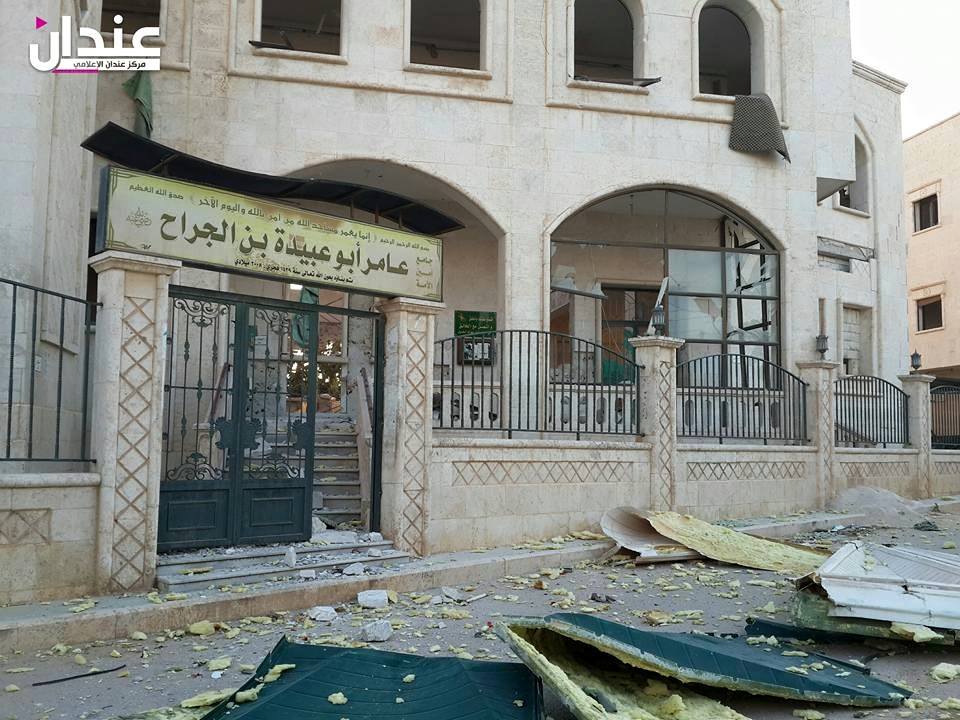 The city of Andan (rural Aleppo) was subjected to violent bombing by war planes in addition to the bombing of explosive barrels, which left fourteen people injured.

This bombing comes as part of a campaign led by Russian and Syrian war planes to intensely bomb the cities and towns of northern rural Aleppo, and which has been in operation since 20/05/2016. 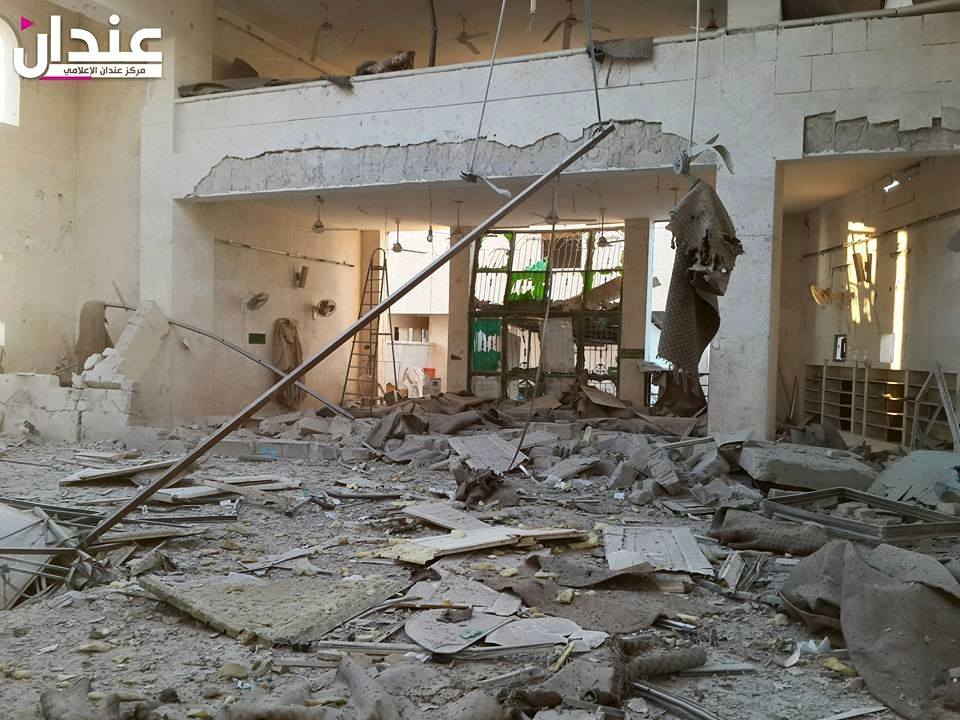 The bombing caused great material damage to the city’s mosque.