You are here: Home / Editors choice / Hospitals and Mosque Targeted in Idlib Massacre 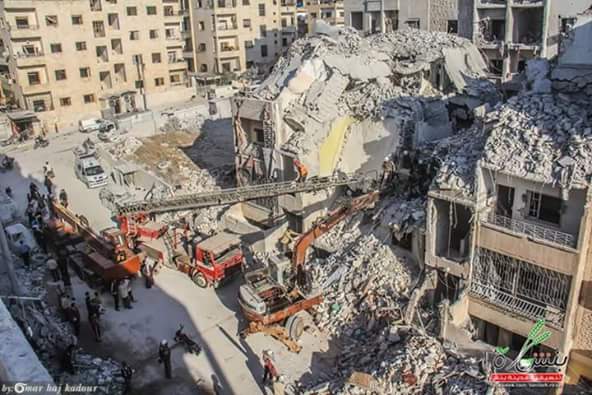 War planes, believed to be Russian, targeted Idlib city with air strikes which hit the Watani Hospital, the Dakhiliya Hospital, and the al-Abrar mosque, killing 29 people and injuring 250 others according to the first count. Twelve hours following the strikes, and the search for victims and survivors in the rubble continues.

The bombing led to the death of the paramedic Safwan Da’bool, who is a volunteer with the “Mulhim” (Inspire) team as well as the Banafsaj organisation of Idlib, who was killed whilst carrying out his duties in transporting the injured. 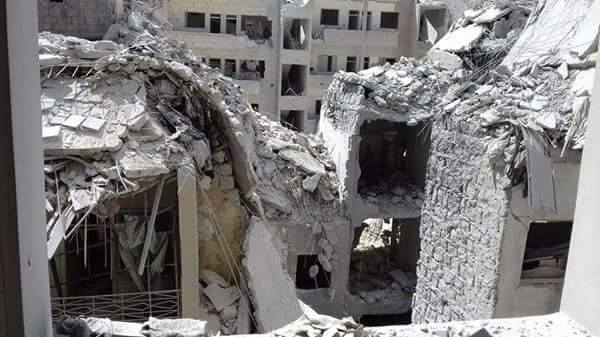 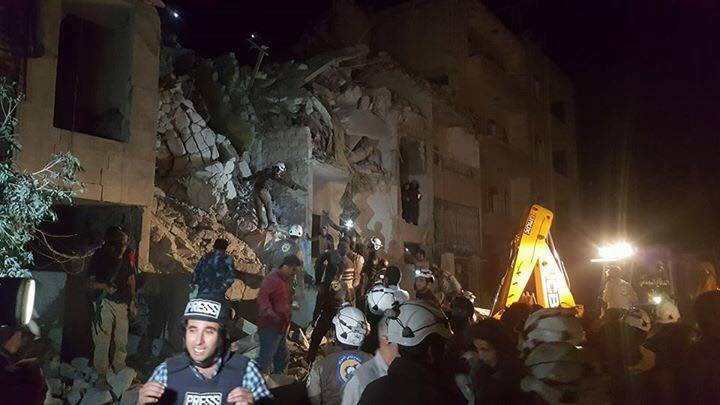