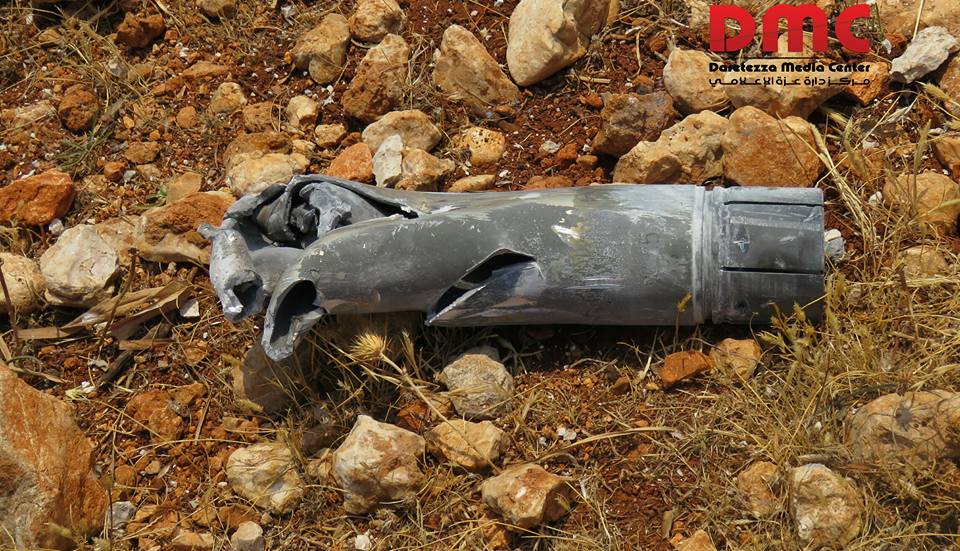 War planes believed to be Russian targeted the city of Daarat ‘Aza (rural Aleppo), controlled by the armed opposition, with seven cluster bomb air strikes as fuel tankers which had come from Afreen (rural Aleppo)- a city controlled by Kurdish militias- entered the city. At least one tanker was burnt and one driver killed. The bombing also caused fires to erupt on neighbouring farm land.

Daarat ‘Aza has witnessed a fuel shortage since a month and a half ago, after Kurdish forces closed the commercial road between Afreen and Daarat ‘Aza in early April, causing a fuel crisis in Daarat ‘Aza. 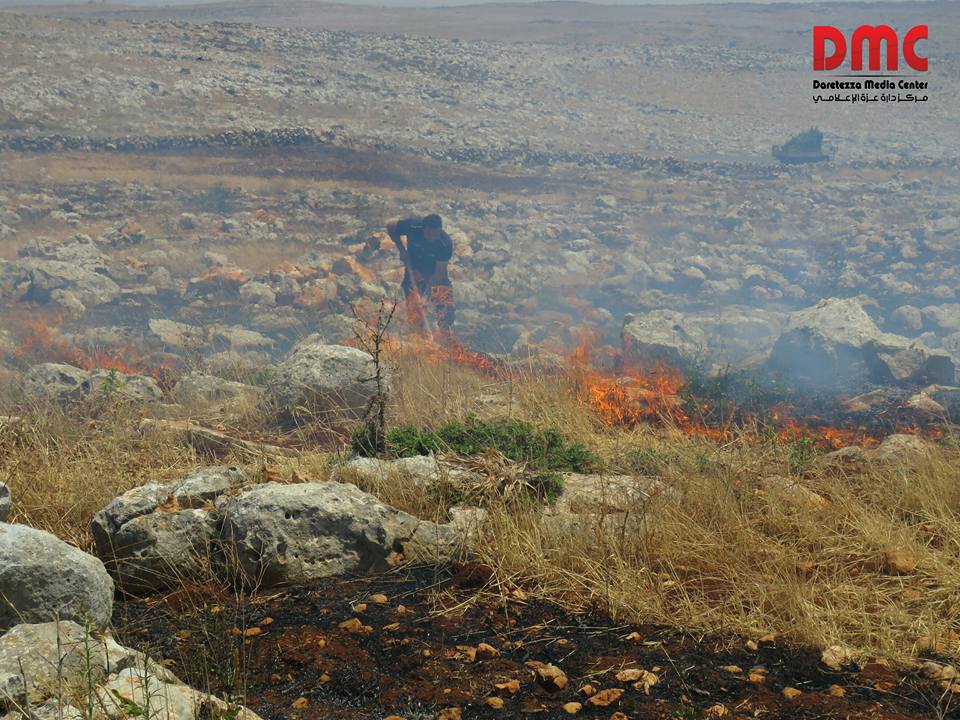