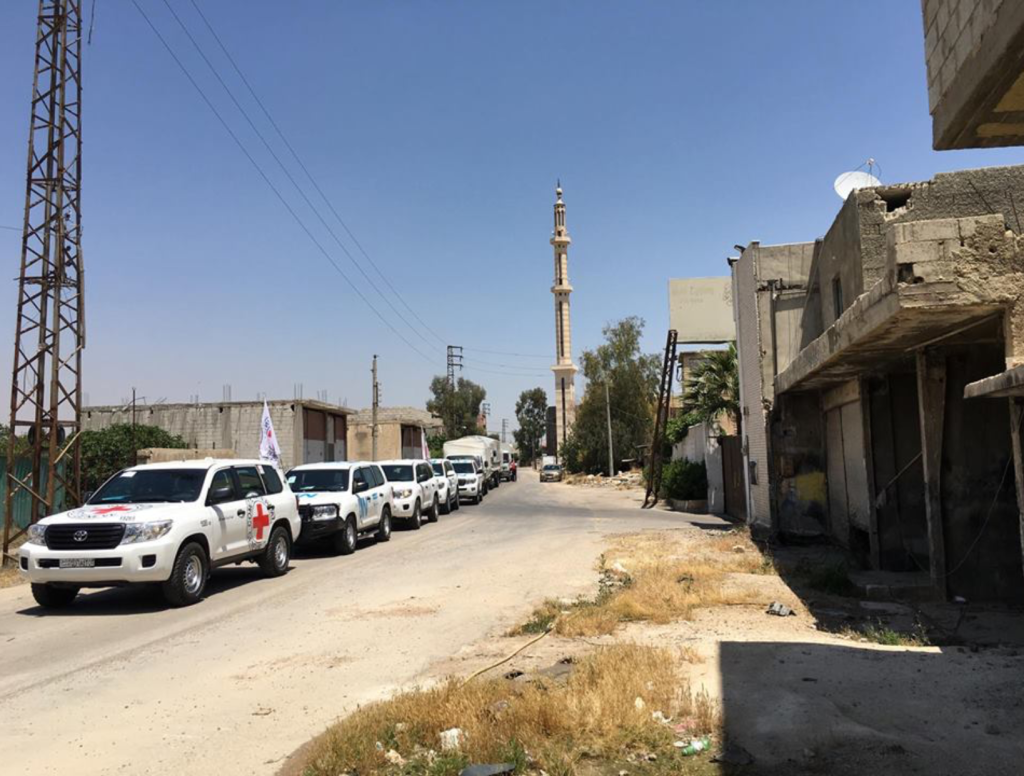 Regime forces and their foreign allies prevented the United Nations and Red Crescent from entering a convoy of humanitarian assistance into Daraya (rural Damascus). The convoy was supposed to be the first to enter Daraya since the siege which was enforced on the city in November 2012.

The International Committee of the Red Cross had informed Daraya’s field hospital on Wednesday of its intention to enter medical aid into the besieged city on Thursday after gaining regime approval on this matter. The aid compromised of medicines, vaccines and baby milk, although no nutritional food items were included.

On Thursday morning, the families of Daraya gathered in anticipation of the arrival of the convoy, raising placards expressing their disapproval at the exemption of food items in the convoy. At approximately 13:00 pm, the convoy which included members of the United Nations, the International Committee of the Red Cross and the Syrian Red Crescent arrived at the outskirts of the city. However, they were stopped at a checkpoint of the fourth division close to a factory for inspection.

A press release of the United Nations office for the Coordination of Humanitarian Affairs in Syria said that they were stopped at the final checkpoint for inspection before Daraya, and were prevented from entering the city despite having gained the necessary approvals from all sides.

Negotiations continued between members of the convoy and guards of the fourth division for a number of hours with no result. The convoy then returned to Damascus at 18:15pm without having entered any assistance into the city at all.

Immediately after this, regime forces bombed the gathering of civilians that were waiting for the convoy with mortar shells, killing a father and his son, and injuring five others.