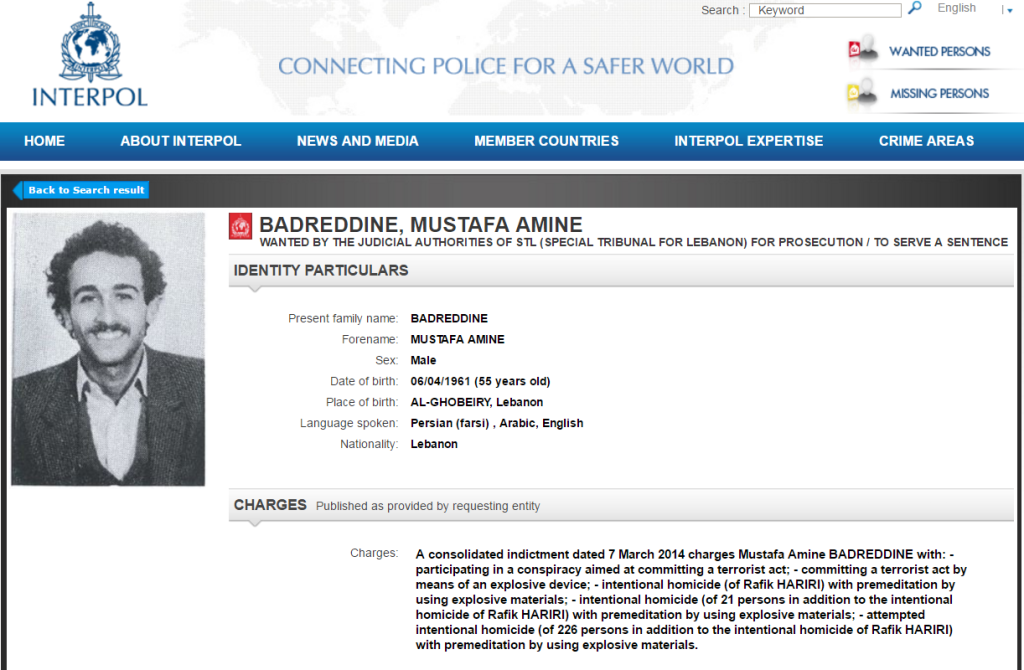 The Lebanese national Mustafa Badreddine, who is wanted by the Interpol due to his indictment of participating in the assassination of former Lebanese Prime Minister Rafeeq al-Hariri, was killed in Syria today under vague circumstances.

Facts gleaned from journalism show that Badreddine was a militia leader for Hizbollah, which had raided al-Qusair in the beginning of June 2013 where it committed summary executions and crimes against humanity. Baddredine also participated in crimes against civilians, particularly in rural Damascus and Aleppo.

Hizbollah sources reported that Baddredine was killed in an explosion which targeted his headquarters, close to Damascus International airport.