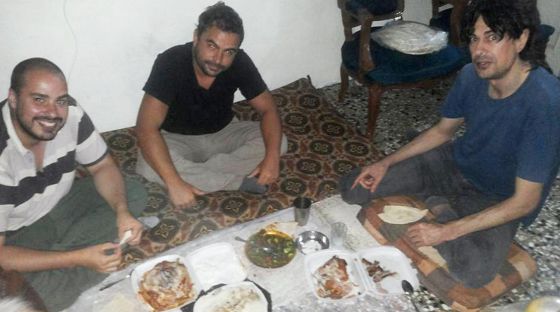 The three journalists before they went missing

The three Spanish journalists that had been kidnapped in mid 2015 have now reached Turkey, following their released by the Nusra Front which had kidnapped them according to Spanish sources.

Bamblica Antonio, Jose Manuel Lopez and Angel Sastre were kidnapped on 10/7/2015 after their immediate entry into Syria via the Turkish border, on their way to Aleppo.

The Qatar News Agency mentioned that the assistant to the Qatari Foreign Minister received a call from the Spanish Minister of State for Foreign Affairs in which he “thanked Qatar for its efforts in releasing the Spanish journalists”. However, the news agency did not clarify the type of assistance given by Qatar, and if Qatar had paid the ransom money to the kidnappers.