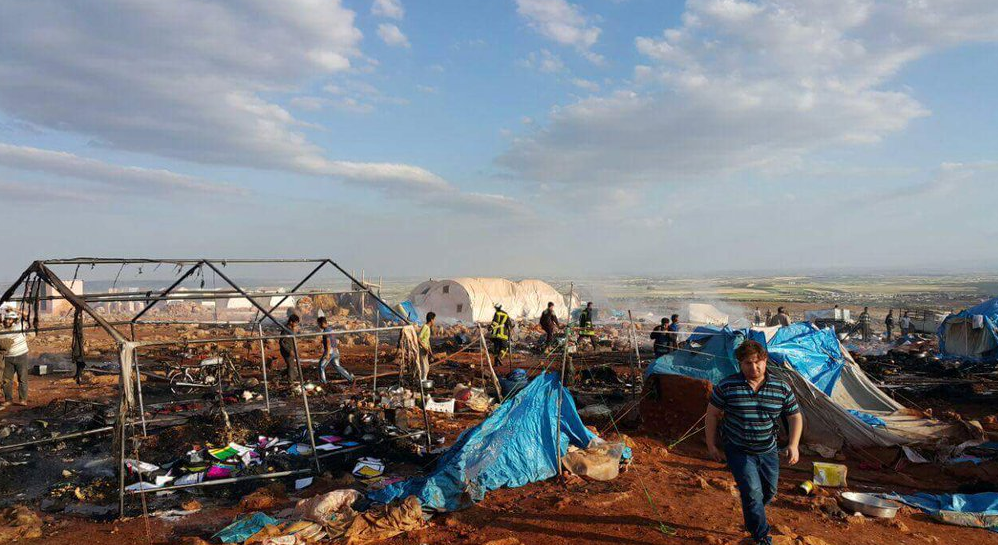 The Kamunah Camp following the attack on Thursday evening

War planes targeted the Kamunah Camp for displaced people which is situated close to Sarmada city in rural Aleppo, killing a number of displaced people and injuring several others, and causing the burning of a large number of tents.

Data obtained by the Syrian Human Rights Committee (SHRC) reveals that there are at least ten victims, according to the first count. 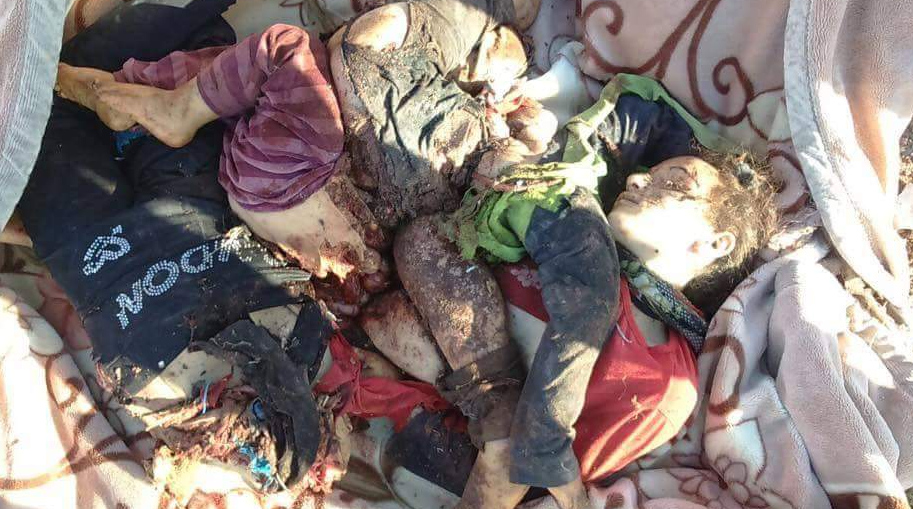