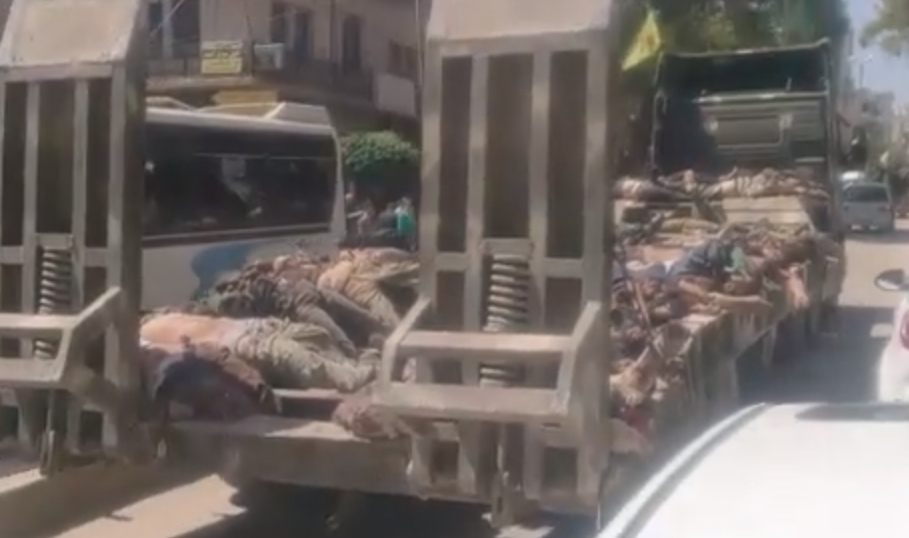 The Kurdish People’s Protection Units has placed dead bodies on a large truck and transported them around the Kurdish city of Afreen as part of a “celebration convoy”.

Battalions of the armed opposition had launched an attack on Ain aqnah last Tuesday. However, the People’s Protection Units managed to repel the attack and a large number of fighters were killed consequently.