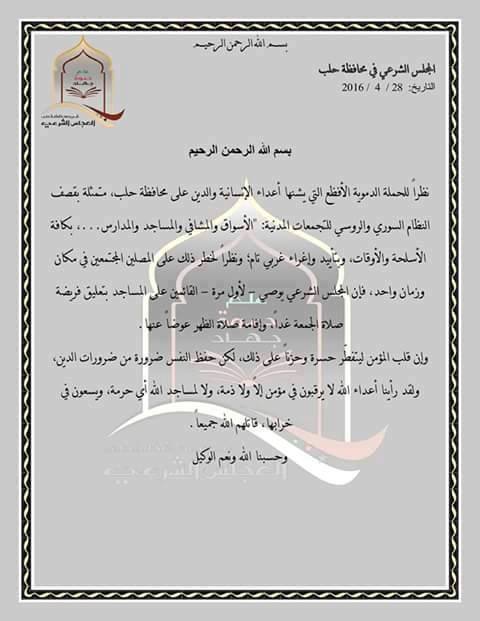 The Arabic text of the press release to cancel Friday Prayers across Aleppo this week.

The Shariah Council of Aleppo province has announced the cancellation of Friday Prayers in mosques across the province tomorrow. This is due to the violent targeting of civilians which is taking place, and which has killed over 120 people between Tuesday noon and Thursday evening.

This is the first time in which Friday prayers have been suspended in Aleppo since the beginning of the Syrian crisis which began in March 2011.