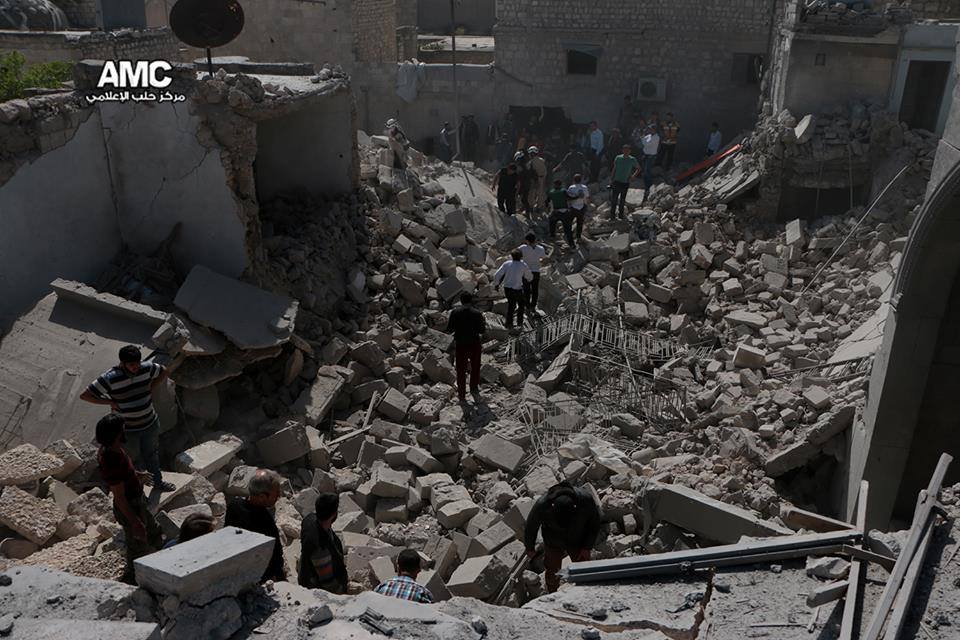 Civilians attempt to search for survivors amongst the rubble in Jub al-Qubah, following the bombing.

Six were killed and others injured in an air strike on the district of Jub al-Qubah in Aleppo city.

This massacres is part of the widespread campaign being launched by war planes against Aleppo city, the victims of which have risen to over 100 within 48 hours.