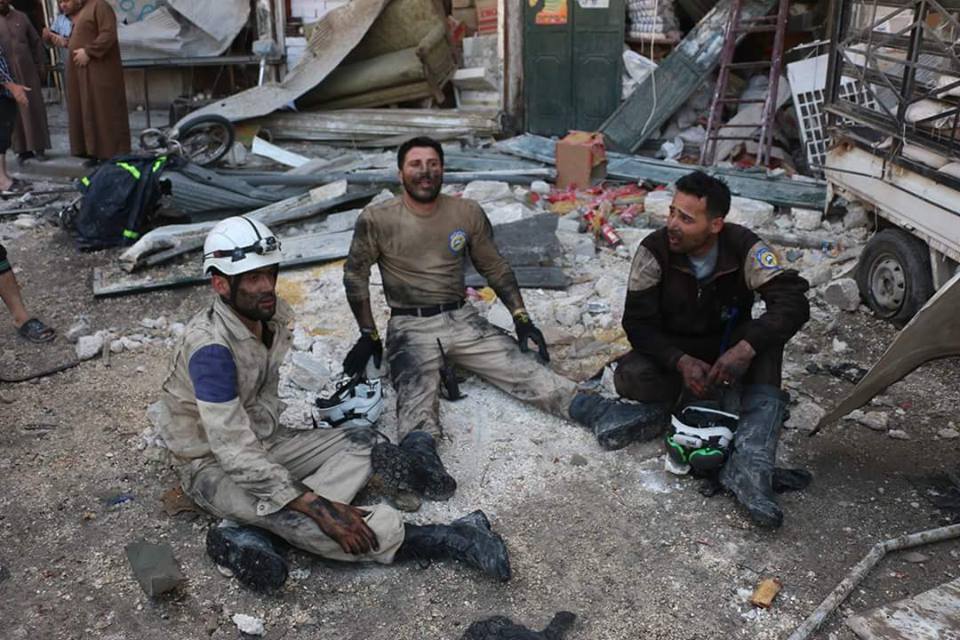 Members of the civil defence, after finishing their search for the victims and injured of the massacre in Tareeq al-Bab

Ten people were killed and others injured in an air strike launched by war planes on Tareeq al-Bab district in Aleppo city.