You are here: Home / Editors choice / Nurse Kidnapped, Tortured and Killed in Aleppo 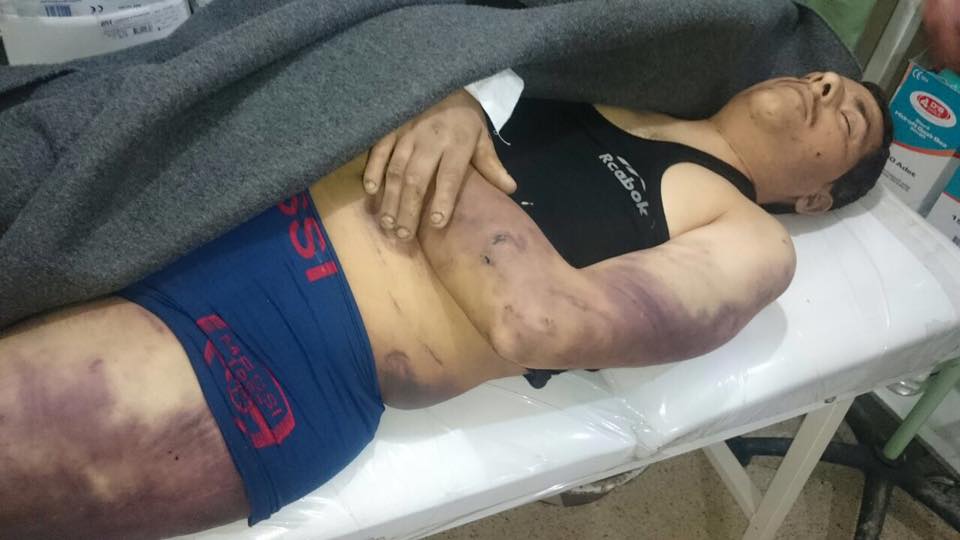 Clear signs of harsh methods of torture were visible on Eskeif’s body, including the use of electricity.

On Wednesday morning, an armed group kidnapped the nurse Khalid Eskief, who works in the Daqqaq hospital in the al-Sha’aar district of Aleppo which falls under the control of the armed opposition, returning him seven hours later with signs of torture through the use of electricity and sharp tools visible on his body. He died shortly after his return.

A press release by the Daqqaq hospital said that the group which kidnapped and tortured him was known as the “Turkman Faction”.

The hospitals of Aleppo city in areas which fall under the control of the armed opposition suspended their duties on Wednesday, with medical staff holding a protest in which they called for the accountability of the criminals.