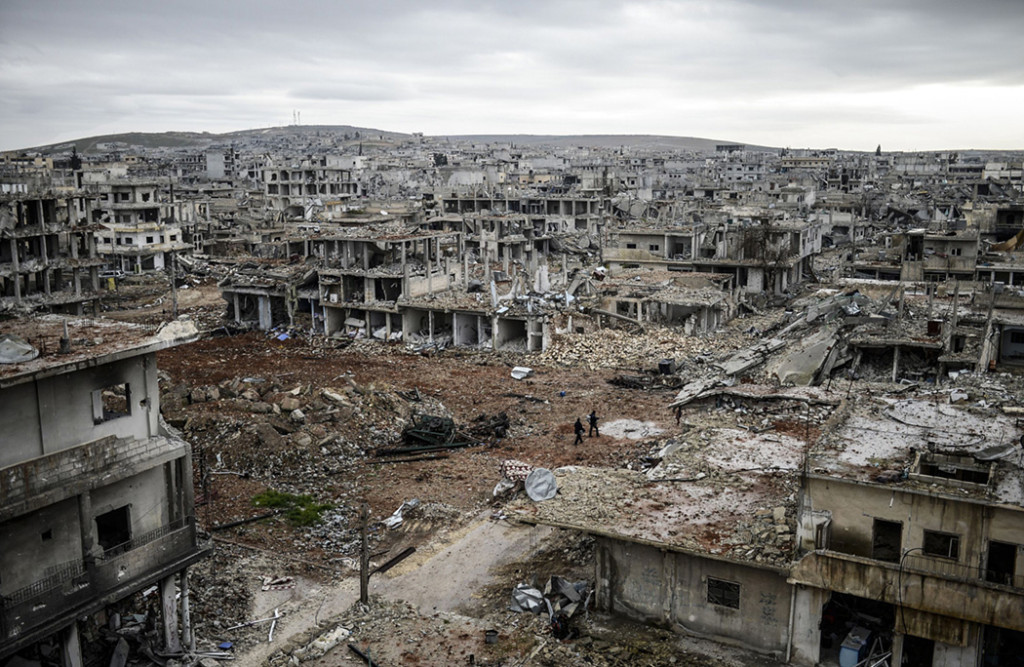 On 15/3/2011, civilian protests erupted in a number of Syrian cities, rapidly spreading to other cities, before transforming into military clashes which took place in parallel with the protests, consequently increasing the level of violence witnessed in the country.

This report compiled by SHRC, documents the most prominent of violations witnessed in Syria over the past five years.

The Targeting of Civilians

The targeting of civilians was a clear policy practised by the Syrian regime since the beginning of the protests, with the first three people killed by security forces in Daraa on 18/3/2011, marking the beginning of a long and ever expanding list of victims, which according to the lowest estimations, have reached a quarter of a million in number.

Documentation of these violations reveal that the Syrian regime forces would deliberately and continuously cause the greatest amount of damage possible towards civilians, through the use of arbitrary weapons or weapons capable of causing great destruction in civilian areas.

In the latter half of 2012, the use of war planes and helicopters intensified, targeting areas outside of the regime’s control and completely transforming neighbourhoods and districts into concrete ruins. The most prominent areas targeted by war planes included: the Salahadin district in Aleppo city, the old city of Homs, Jobar in Damascus, and the two cities of Daraya and Douma in rural Damascus.

The continuous targeting of civilians with all kinds of weapons have caused the largest humanitarian crisis since the second world war, with the number of Syrian refugees reaching 4,815,868 since the beginning of March 2016- amounting to approximately 20% of the Syrian population- whilst the number of internally displaced people in Syria amounts to approximately eight million civilians. Overall, 55% of Syria’s population have been forced to leave their homes. 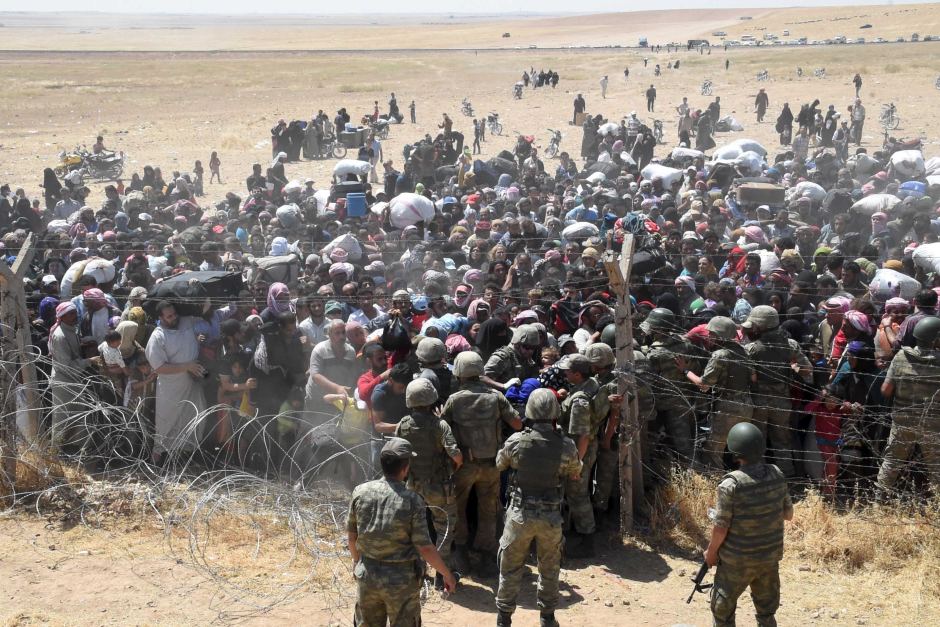 The continuous violations have led over half of all Syrians to leave their homes as refugees or displaced people.

Children and women are usually considered to be among the first groups of people to gain welfare and special protection.

The arrest of the two children Hamza al-Khateeb and Tamer al-Shar’i in Daraa on 29/4/2011, and the handing over of the dead body of Hamza al-Khateeb on 21/5/2011- disfigured with signs of torture- was the first prominent case in the targeting of children which has taken place over the last five years.

As is well known, the Syrian revolution began with the arrest of a number of children in Daraa on 26/2/2011 after they wrote slogans for the downfall of the regime. The children were arrested by the political security branch in Daraa which was then headed by ‘Aatif Najeeb, cousin to President Bashar al-Asad. The children’s nails were pulled out, and when their parents visited the branch they were told to forget their children and to conceive other children. This issue caused much grievance, and was a catalyst in the eruption of large protests in the city.

In several instances, children and women were used as human shields during raids in order to avoid shots being directed at security and army forces by armed revolutionaries. This took place in particular during the raids of villages and when withdrawing from an area. 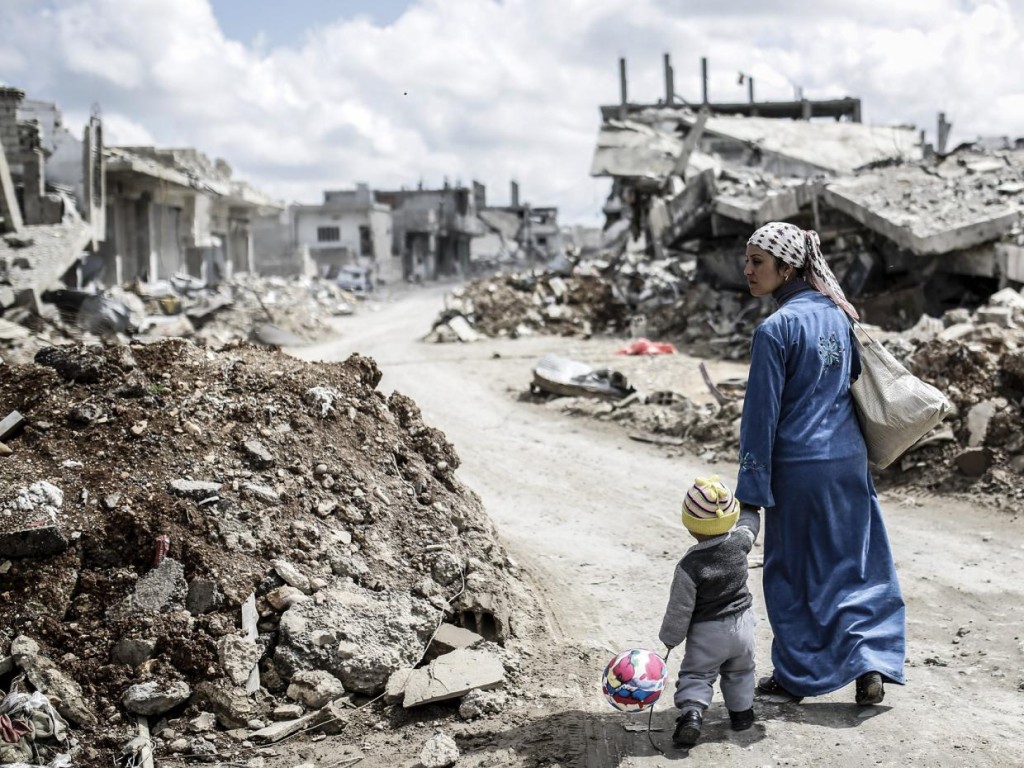 The education sector has been subjected to direct and indirect targeting which has caused severe damage to the sector and a whole generation of children.

According to a UNICEF report published in 2016, 6000 schools are no longer suitable for use due to partial or total damage, or due to being converted into shelters for displaced people. In addition, 2.8 million children (half of all Syrian children) are unable to receive education.

The targeting of the education sector will have a colossal effect on Syria for years to come, possibly leading to further violations, greater in effect, than the ones being currently committed. 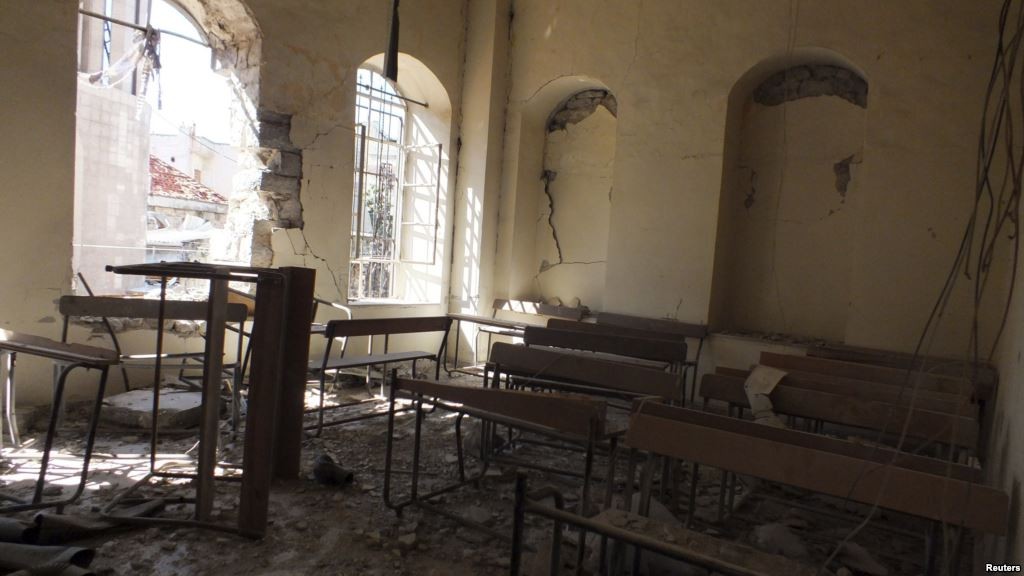 Targeting the Health and Relief Sector

The targeting of the health and relief sector has been one of the most prominent of war crimes committed by the Syrian regime in the past five years. Documentation of violations clearly show how the Syrian regime and its foreign allies have targeted hospitals, medical centres, ambulances and fire engines, as well as arresting and killing doctors, nurses, and paramedics, in addition to the bombing of relief convoys, aid warehouses, and the targeting of those who offer humanitarian assistance.

On 8/4/2011, Muwafaq Hasan al-Dakhlallah was recorded as the first nurse to be killed in the conflict, as he carried out his duties in Taseel, rural Daraa. 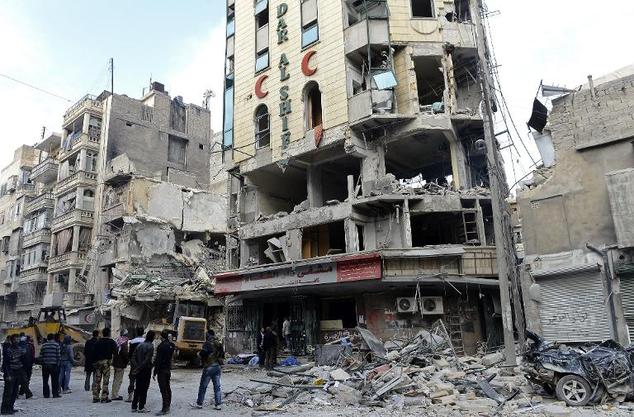 The targeting of Dar al-Shifa in Aleppo on 21/11/2012 was one of the most prominent cases of the targeting of hospitals at the beginning of the crisis.

Enforced disappearances is amongst the most prominent of human rights violations practised by the Syrian regime since it came to power in 1970, although this practise witnessed a horrifying acceleration since the beginning of the protests in March 2011.

The report, “Without a Trace: Enforced Disappearances in Syria”, published by the Independent International Commission of Enquiry on Syria in December 2013 says that the Syrian regime “practised enforced disappearances in a routine manner during the protects in support for democracy which erupted in March 2011, in order to silence the opposition and to spread panic amongst family members, friends, protestors, activists and bloggers.”

Torture has been practised in Syrian regime prisons on a systematic basis since the coup of 8th March 1963. Reports from various regional and international human rights groups have documented the torture practised over the past decades, in addition to the degrading treatment with which detainees are treated across all security branches and detention centres on a regular and continuous basis.

On 21/1/2014, 55,000 photos showing the bodies of approximately 11,000 detainees killed under torture in a security branch in Damascus were leaked, revealing the reality of the situation inside Syrian prisons. These photos constitute a clear and rare proof of the fate faced by detainees inside Syrian prisons and detention centres.

No estimations exist for the number of enforced disappearances in Syria, as is the case for victims of torture in Syrian regime prisons. 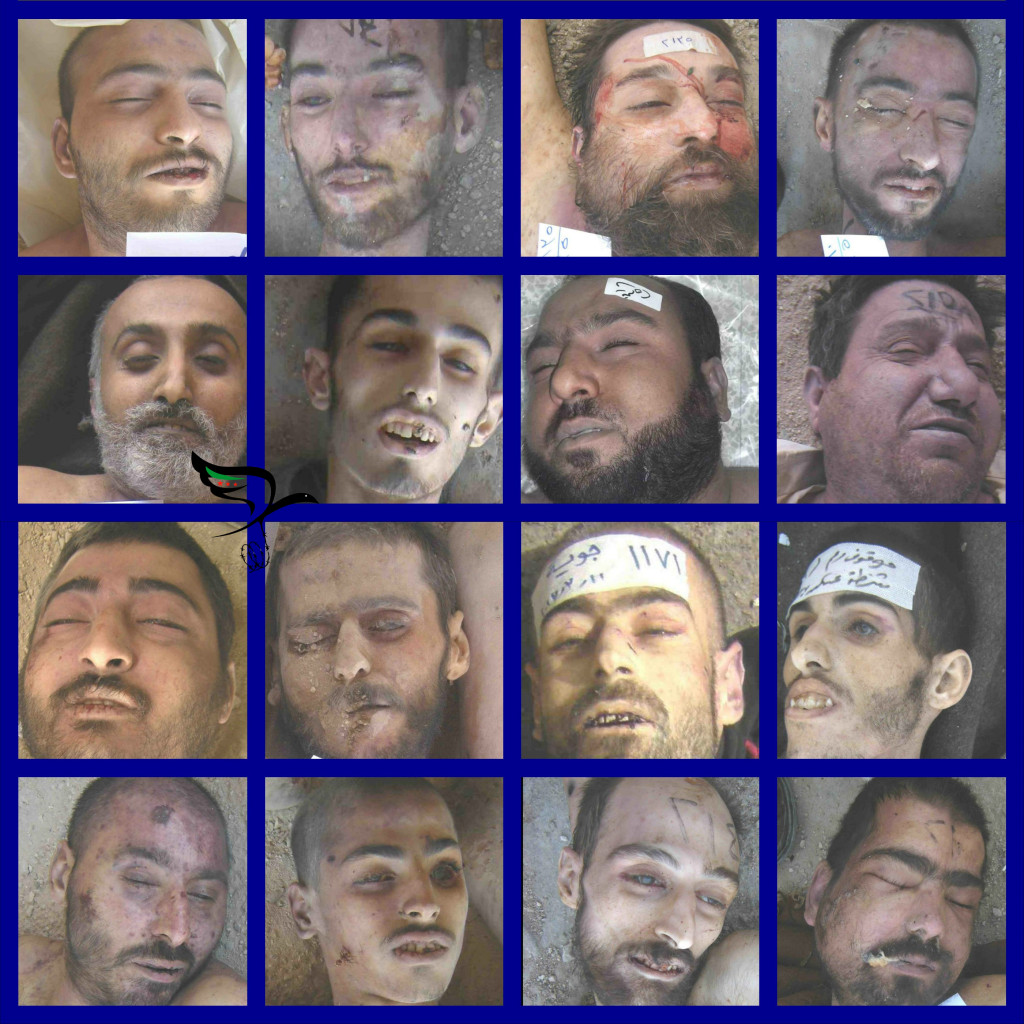 The Use of Prohibited Weapons

The past five years have seen the Syrian regime and its foreign allies make use of all kinds of known weapons, in addition to internationally prohibited weapons.

Amongst the most prominent of prohibited weapons which were used on a wide scale, was the use of:

Chemical weapons: chemical weapons garnered the most attention amongst all prohibited weapons used on a wide scale due to its use in the eastern Ghouta on 21/8/2013, which killed approximately 1400 people in one night.

Explosive Barrels: the use of explosive barrels was first documented on 27/6/2012 in Ma’arba (eastern rural Daraa). This arbitrary weapon has become the most prominent of weapons used in Syria since 2013 and until now, and is responsible for the death of most civilians.

Cluster Bombs: their usage was first documented in October 2012, and continues to this day. Their use has greatly accelerated and intensified since the Russian forces entered into Syria on 30/9/2015
Phosphorous Bombs: the use of phosphorous bombs was documented at the end of 2012. Syria has witnessed an intensive usage of these weapons.

The Syrian regime has targeted the media since the beginning of the protests in Syria. International media was prohibited from entering Syria, whilst foreign journalists were arrested and killed at times.
Syrian journalists and media personnel that cover events in Syria daily have been targeted extensively, with regime forces arresting them and targeting them in a direct manner, including the targeting of their headquarters.

In addition to regime forces, those working in media have also been widely targeted by ISIS and the Nusra Front since mid-2013 and until today.