You are here: Home / Editors choice / Bombing Leads to Massacre and Burning of Fire Engine in Douma 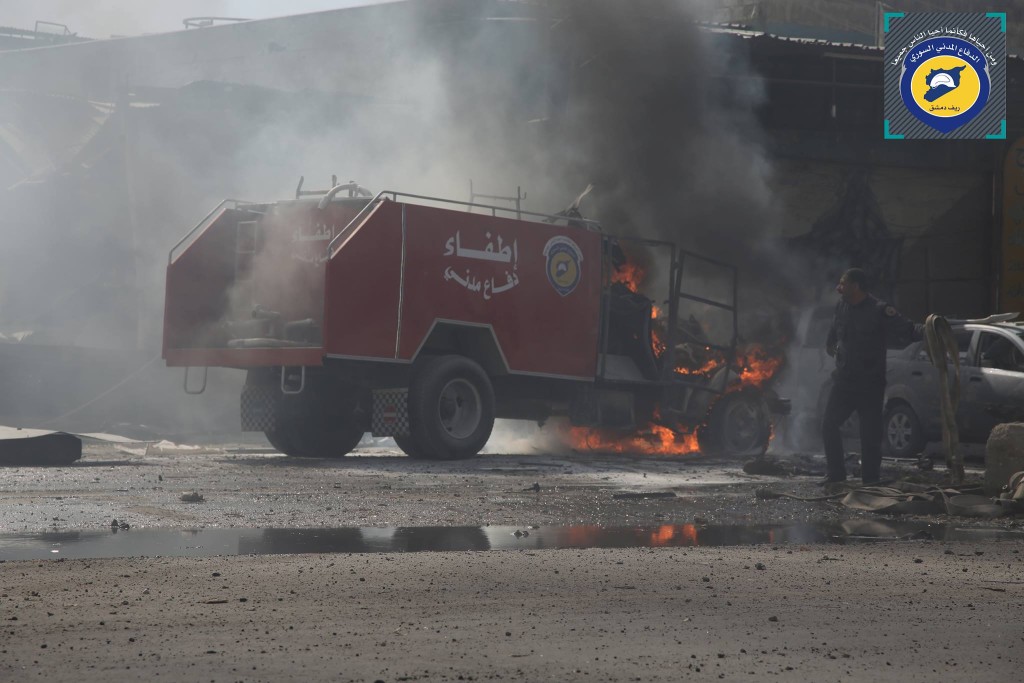 As part of its continuous violation of the ceasefire, which has now entered its twelfth day, the Syrian regime bombed the city of Douma (rural Damascus)with artillery, killing six people and injuring 15 others.

The artillery bombing also targeted a fire engine belonging to the civil defence of the Eastern Ghouta, burning it down completely and injuring a fireman.