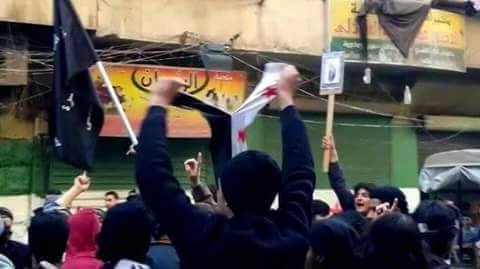 An armed group of the Nusra Front in Idlib city attacked a peaceful protest organised by residents opposed to the Syrian regime; ripping the independence flag which members of the protest had put up and abducting five members of the media that were covering the protest.

The Nusra Front and the Security forces of the Syrian regime are the only sides recorded to have attacked protests opposing the Asad regime since the eruption of the popular protests in 2011.

The five members of the media abducted are: