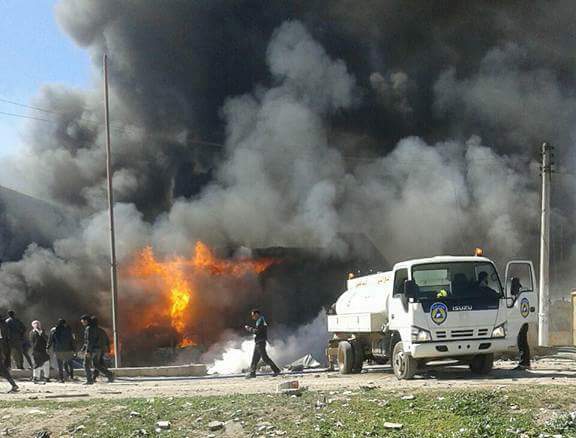 War planes targeted the town of Abu al-Dhuhoor in eastern rural Idlib with six air strikes, killing approximately 10 people, the majority of whom were in a fuel market located in the residential area of the town.

Until now, victims have not been identified due to the fact that most bodies were burnt.
This massacre took place despite the supposed truce currently in place between the majority of groups carrying out military operations in Syria, and which began on 27/2/2016. 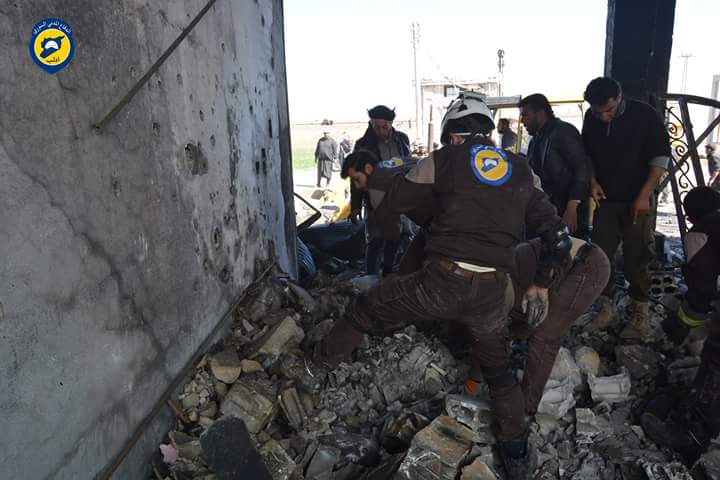