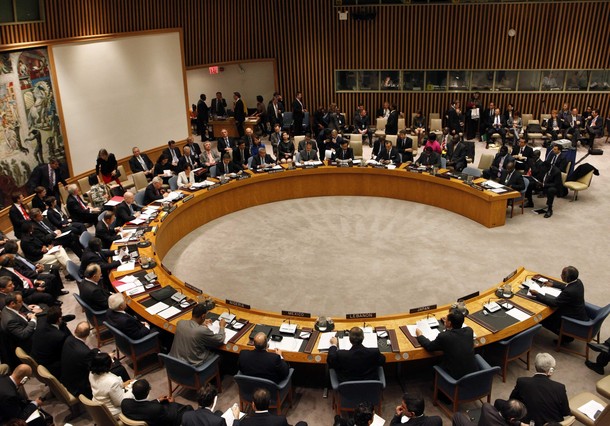 The Security Council has unanimously agreed on a resolution offered by the USA and Russia for a ceasefire in Syria, starting on midnight of Saturday, 27/2/2016.

Resolution 2268 cited that “forces of the Syrian Government and those supporting it, as communicated to the Russian Federation, and the Syrian armed opposition groups, as communicated to the Russian Federation or the United States, have accepted and committed to abide by the Terms of the Cessation of Hostilities, and as such are now parties to it,” and that “the cessation of hostilities to begin at 00:00 (Damascus time) on 27 February 2016”.

The resolution also called on all parties to allow humanitarian access to reach all people in need.
The resolution does not incorporate ISIS and the Nusra Front.

The Russian ministry for Foreign Affairs said that it would stop its military activities for one day, in support of the ceasefire. Sergey Rodsqui, chief operating officer of the General Staff of the Russian Armed Forces said that Russian air forces had stopped all bombing at midnight Damascus time, in accordance with the ceasefire.