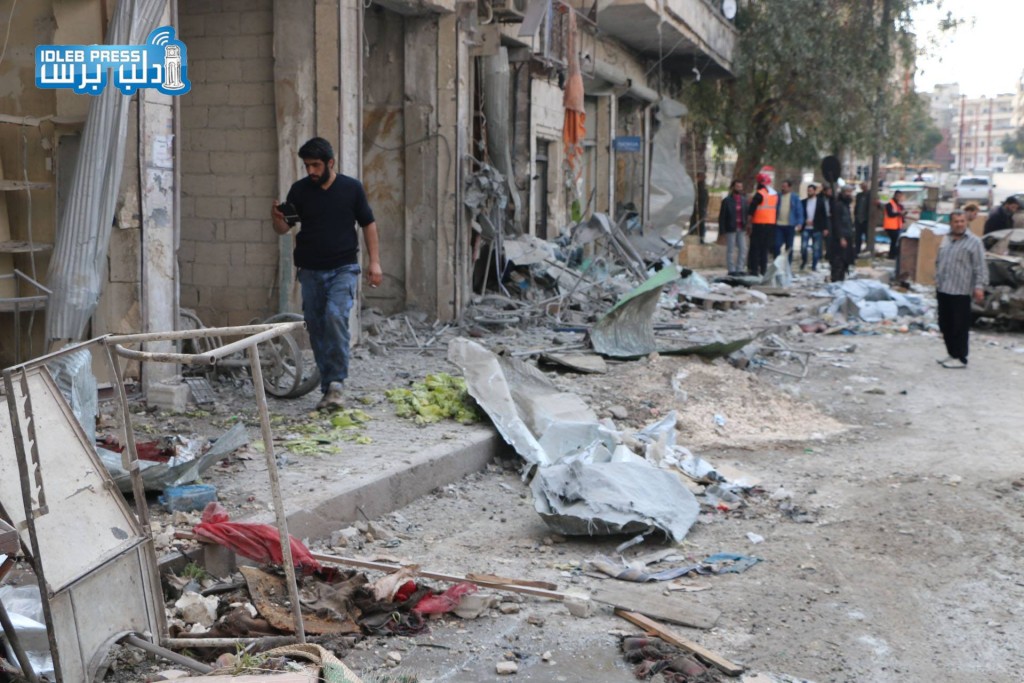 Air strikes in Harbanoush town killed the family of the Majd hospital director, Dr Maher Kada, including his wife and only son in addition to two women relatives.

The town of Saraqib was also subjected to two air strikes, which killed the youth Khalid Abdullah al-Abbas.

Victims of Areeha market that were identified include: