You are here: Home / Editors choice / Independent International Commission of Inquiry: No Peace without Criminals Being Taken to Account 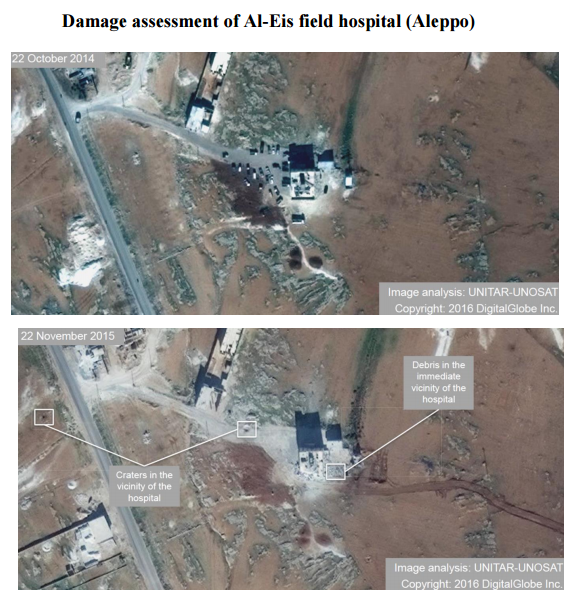 The Independent International Commission of Inquiry on Syria has released its eleventh report on human rights in Syria and the violations taking place there.

In its report, the commission said that Syria continued to witness flagrant violations of human rights and international humanitarian law unabated, and that these violations were aggravating due to blatant impunity and due to Security Council resolutions being unheeded and unimplemented.

The report denounced the ongoing war crimes, confirming that taking the perpetrators to account should be part of the peace process.

The report also added that civilians remain the primary victims of crimes taking place in Syria, and that they are deliberately targeted by all sides, destroying the lives of Syrian men, women and children.

The report held “government forces”, foreign forces allied to them, and ISIS responsible for the war crimes and crimes against humanity being perpetrated in Syria.

The commission also analysed satellite images of various areas in Syria, revealing the extent of destruction in these areas, as included in the report.

The report called upon all sides to abide by human rights and international humanitarian law standards during war, particularly in differentiating between civil and military targets. It also called for an end to sieges on civilians, the use of torture, the use of children in military operations, the bombing of humanitarian and medical institutions, and the use of illegal weapons.

The commission released its first report on 23/11/2011. Since then it has published two reports every year, with the exception of 2013 in which it published three reports.