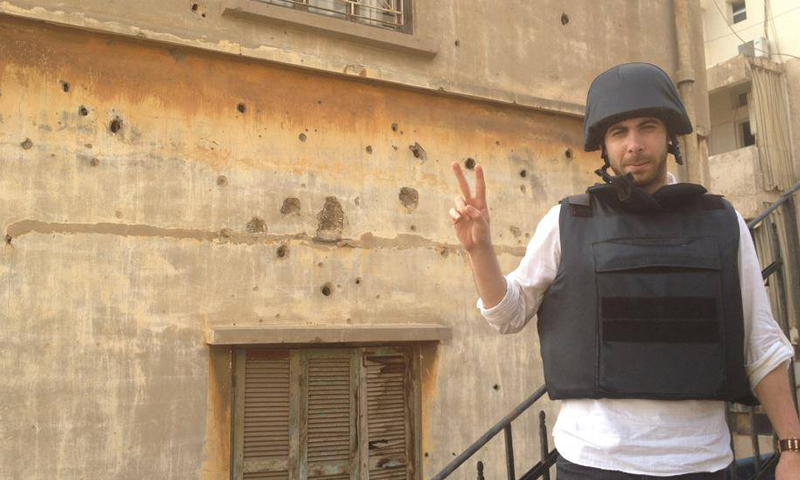 Rami Jarrah works as a journalist in north Syria

The family of Syrian journalist Rami al-Jarraj have announced that he has been detained in Turkey whilst he was at the Department of Immigration in Gaziantep on Wednesday.

His family also said that Rami al-Jarrah was transported by official security elements on Thursday night from his place of detention in Gaziantep which was known to his friends and lawyer, to an unknown location.

Al-Jarrah is the director of the “voice of Damascus” broadcasting station and one of the founders of the “I am the press” website. He has won many international awards, the most important being the International Press Freedom Award from Canada. He has been covering news from inside Aleppo over the past couple of months.