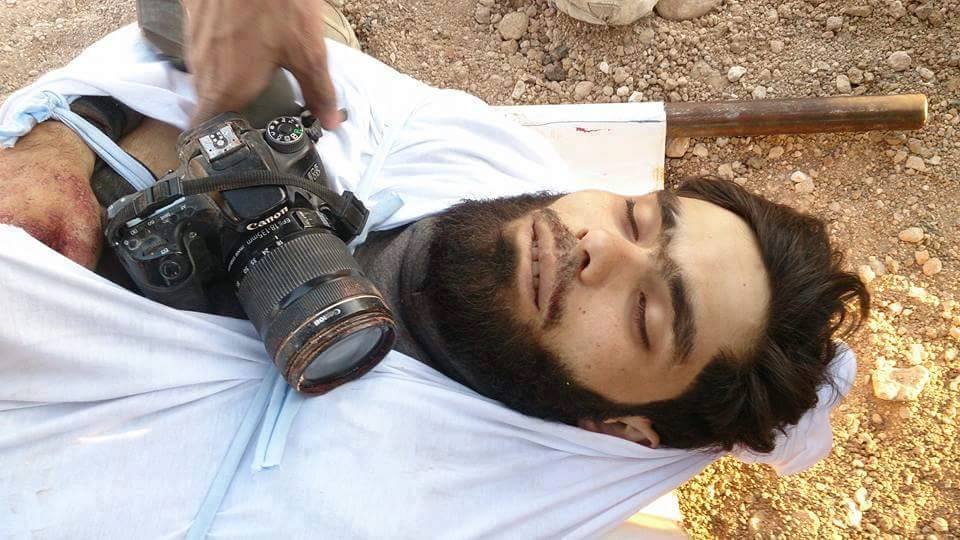 Majd Abu Shafeeq was directly targeted by a tank shell

Journalist photographer, Majd Abu Shafeeq (also known as Majd Daraya), was killed when targeted by a tank shell as he covered the clashes taking place between armed opposition factions and Syrian regime forces close to Daraya (rural Damascus) on Friday.

Majd Abu Shafeeq, born 1995, is considered one of the most prominent of journalists in Daraya. He worked as a journalist photographer with al-Anadoul News Network.

A video recorded by his friends reveals the way in which the tank targeted him directly.