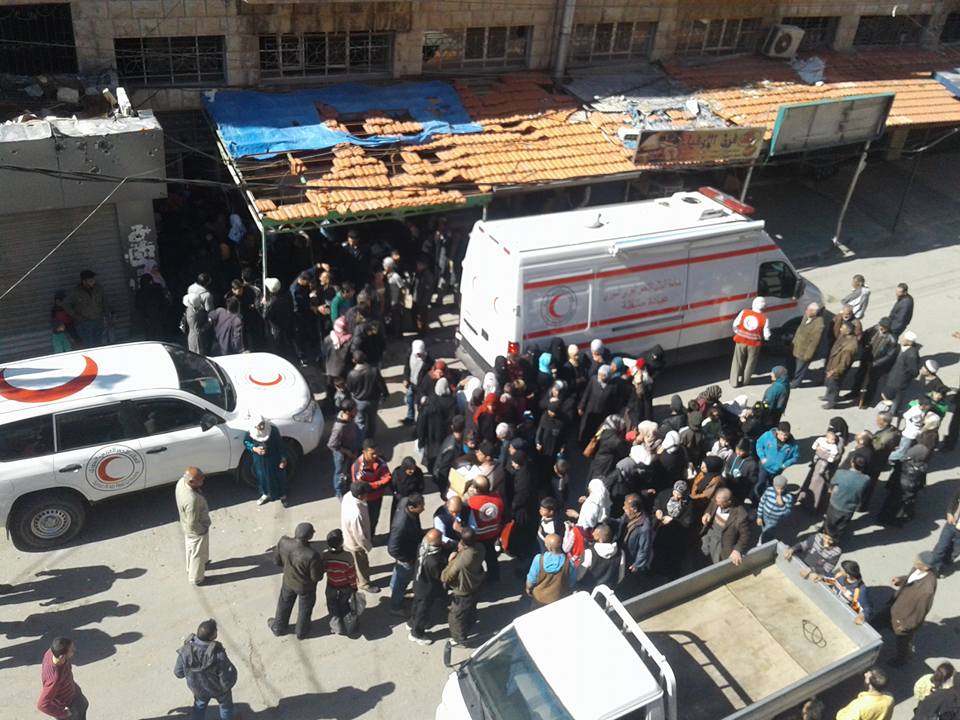 Families gather around the mobile surgery in Madaya

A convoy of the Red Crescent, including a mobile surgery, has arrived to the town of Madaya in rural Damascus in order to inspect some of the ill and transfer them to Damascus for treatment.

At the same time, several lorries of aid led by the Red Crescent have entered the areas of Kafraya and al-Fou’ah in rural Idlib. The organisation aims to enter 100 lorries into Kafraya, al-Fou’ah, Madaya, al-Zabadani, and al-Moadamiyah.

A spokesperson of the organisation said that the convoys contain high energy food materials, various medicines, as well as food rations and bags of flour.

The town of Madaya is being subjected to a strangling blockade by Syrian regime forces and Hizbollah militias. The siege has killed approximately 60 people in the last six months.