You are here: Home / Editors choice / Search for Victims of MSF Hospital Ends 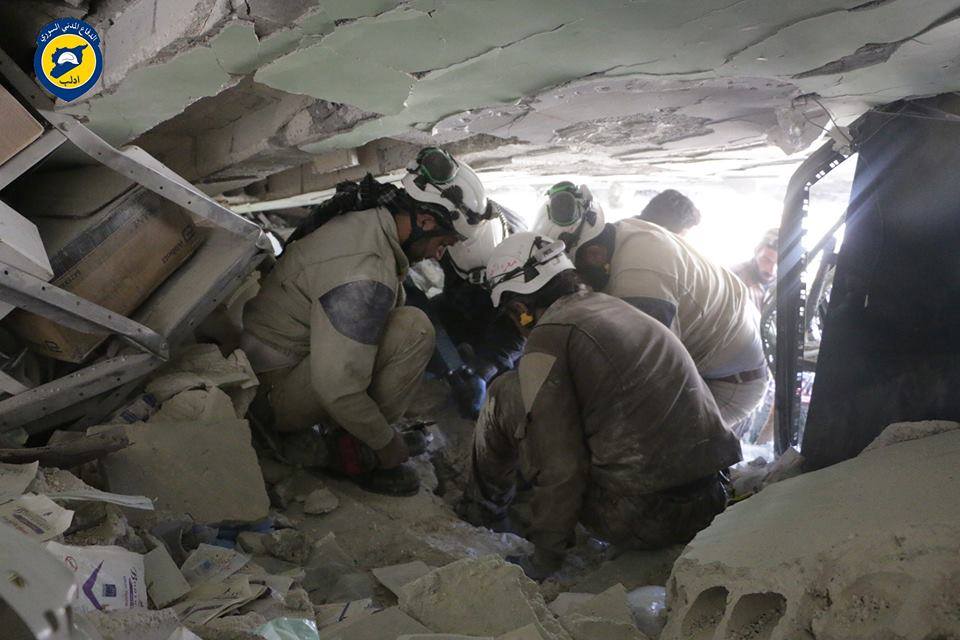 Ma’arat al-Noman’s Civil Defence team have ended their search for victims of the MSF hospital, after undertaking an operation which lasted approximately 50 hours.

After ending their operation yesterday evening, they later received a call informing them that the body of a nurse remained underneath the rubble, prompting them to resume work this morning. They were able to extract the body after four hours of searching.

After removing the body of the nurse, the number of victims of the medical team has reached nine people, making this massacre one of the worst cases of the targeting of the medical sector in Syria since the outbreak of the crisis in 2011.

The complete list of Victims of the medical team includes:

The list of those Injured from Amongst the Medical Team: