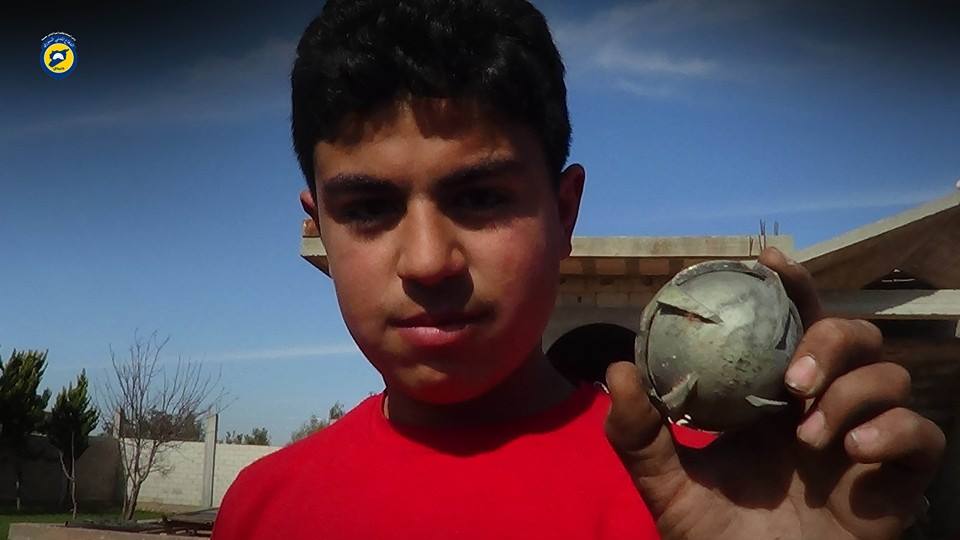 The village of al-Halmouz was subjected to three air strikes by war planes in which the village mosque and civilian homes were targeted, leaving four dead and causing great damage to civilian homes.

Helicopters have also been targeting the town of Tirma’ala with several barrel bombs since Friday morning. No injuries have been recorded as of yet.

Al-Halmouz, al-Ghanto, Tirma’ala, and Dar al-Kabirah were all subjected to bombing with the use of cluster bombs yesterday. Officers of the Civil Defence gathered the remains of the bombs from these areas yesterday.