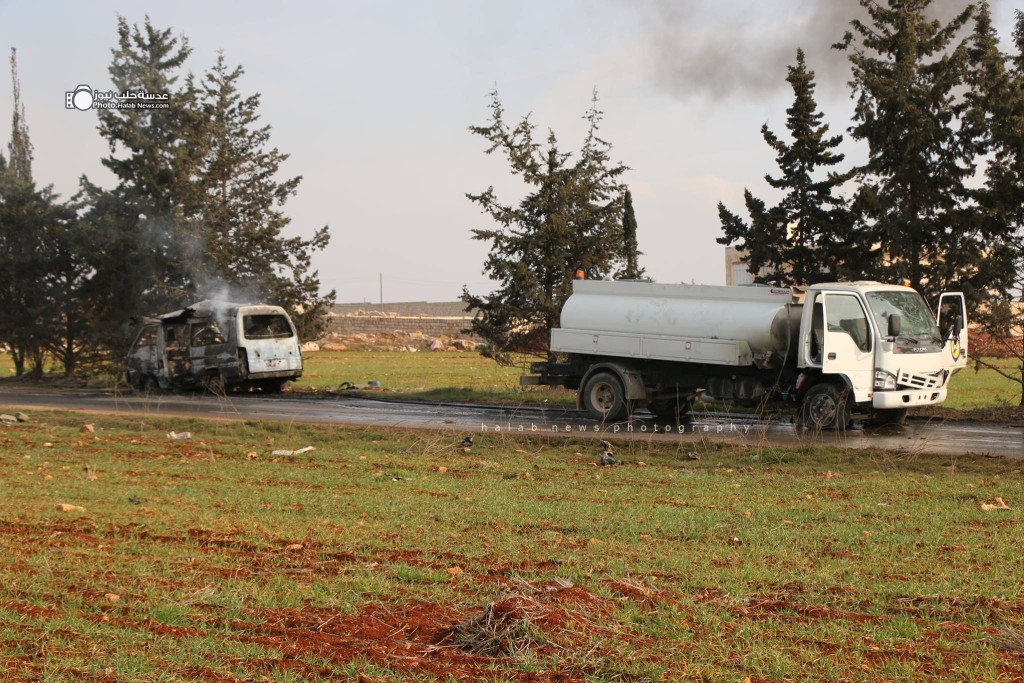 Five people were killed, among them four women, after Syrian regime forces targeted a bus which transporting people on the road between the village of Kafr Hamra (rural Idlib) and Kastilo Street, with a thermal rocket.