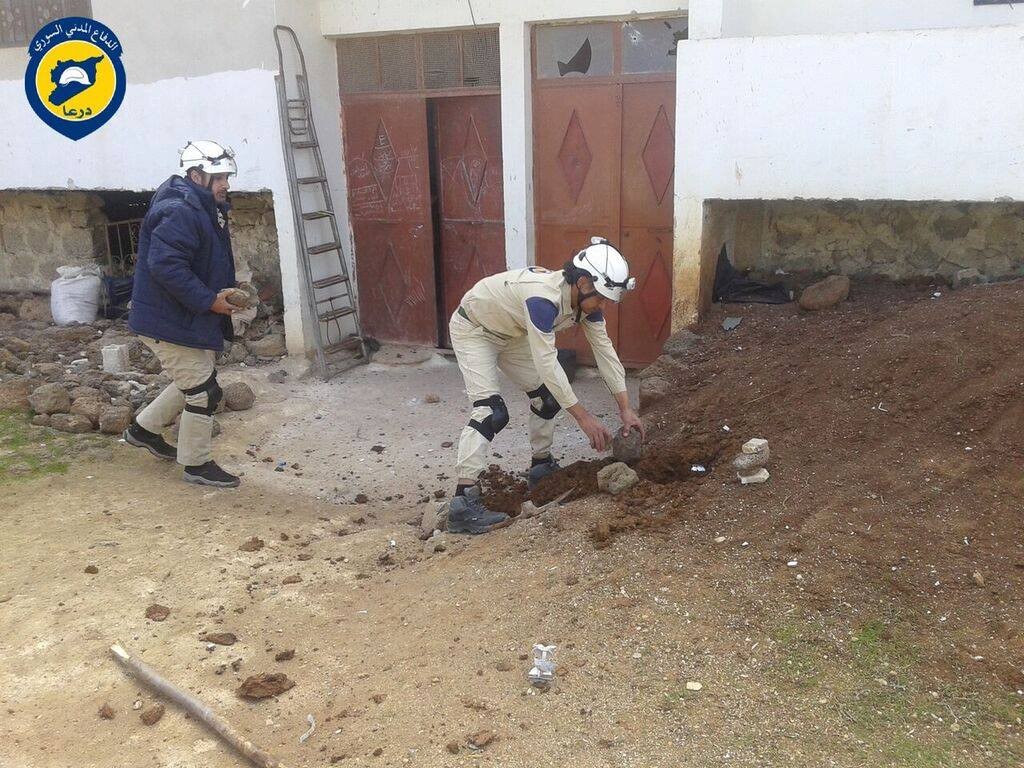 Russian war planes continue to target the cities and towns of Daraa province, killing eight people, among them five from the same family, and completely destroying a field hospital.

The village of al-Soorah (rural Daraa) was targeted by war planes with cluster bombs. Members of the civil defence have places signs in the areas in which unexploded cluster bombs remain in order to keep people safe.

In the Western Ghariah (eastern rural Daraa), Russian war planes targeted the only field hospital of the town, destroying it completely.