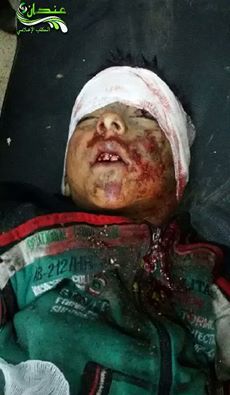 One of the children killed in the bombing

Since the beginning of February, Russian war planes have been targeting the cities and villages of rural Aleppo in a vicious offensive, resulting in widespread destruction in the city of Andan and its neighbouring villages Rityaan and Ma’arsat al-Khan, resulting in a mass exodus of its residents.

The two children killed in Kafr Hamra are:

Both victims are from the city of Andan.