You are here: Home / Editors choice / Sixty Massacres in January 2016 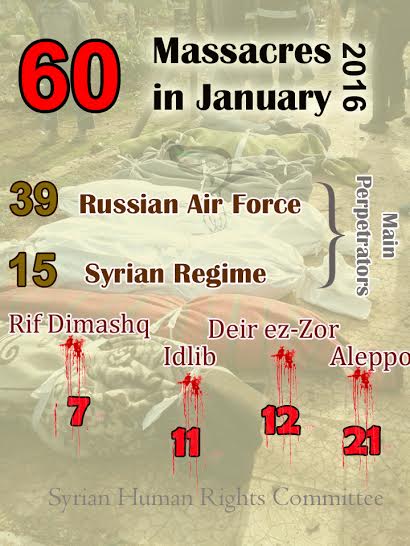 The Syrian Human Rights Committee (SHRC) documented 60 massacres which took place during the month of January 2016, 39 of which were carried out by Russian war planes, whilst the Syrian regime forces were responsible for 15 massacres, the international alliance responsible for one massacre, and ISIS responsible for three. The perpetrators behind two other massacres were unknown.