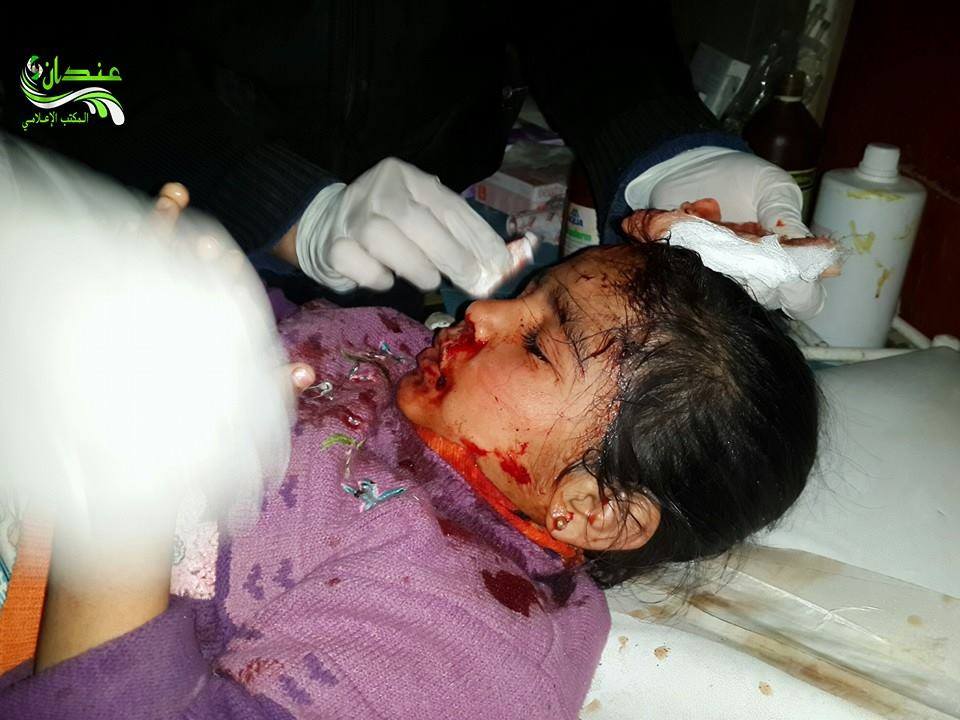 A young girl injured by the barrel bombing on Hayan

Hayaan (rural Aleppo) was targeted by helicopters which dropped barrel bombs on the town, killing two people and injuring ten others.