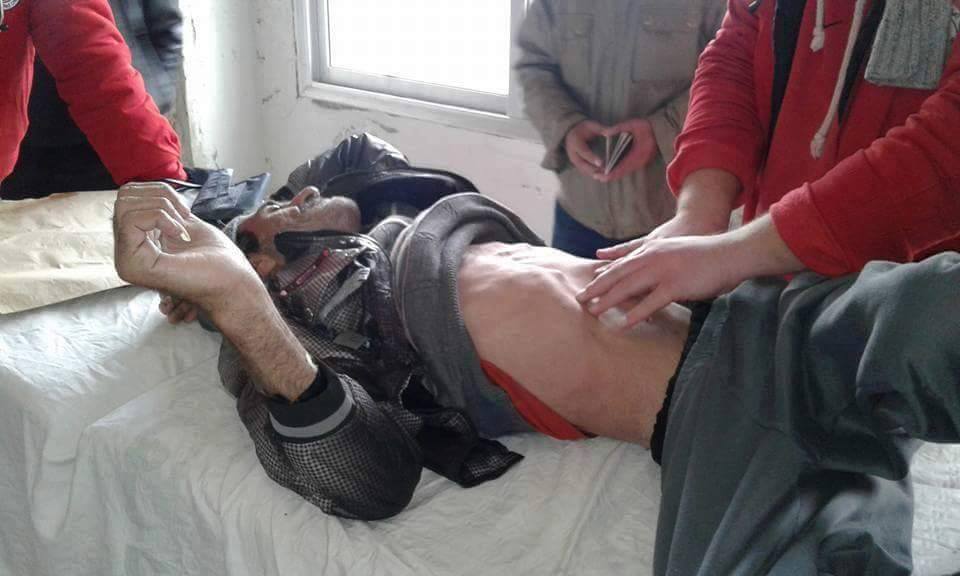 Pictures revealed that residents in Madaya were starving, whilst no pictures were provided for Kafraya and al-Fou’a

A report by the American magazine “Foreign Policy” revealed that the UN’s office for the coordination of humanitarian aid (OCHA) had pointed out in October 2015 that the situation in the town of Madaya (rural Damascus) had become severe, and that over 1000 children were suffering from malnutrition. Nevertheless, this report was classified by OCHA as inside information which was not for publishing.

Despite the UN’s knowledge on the situation in Madaya, officials did not take any action except after 7/1/2016, when the case became an issue to the general public.

The report also said that the UN representative in Damascus, Ya’qoob al-Hilu- after months of silence- informed the media on 12/1/2016 after his visit to Madaya that its residents were hungry. He did not mention which party had caused this hunger, nor did he mention Hizbollah and their role in Madaya.

The report also mentioned that the UN envoy, as with all UN officials, ensure to mention Madaya alongside other besieged areas, and especially the towns of Kafraya and al-Fou’a in rural Idlib (which are loyal to the Asad regime and are currently besieged by the armed opposition), as if the humanitarian situation in these two towns are equal to that of the residents of Madaya.

This is whilst the OCHA spokeswoman, Linda Tom, refused to comment in Amman when asked if the UN had allowed the Syrian regime to edit its press release of 7/1/2015, and in which Madaya was considered a secondary issue.

It is worthy to note that all press releases and statements made by UN officials during the last week have mentioned Madaya alongside al-Fou’a and Kafraya, placing them in the same basket and insisting on classifying them in the same manner. However, the International Organisation and the International Committee for the Red Cross have not published any pictures or films from inside al-Fou’a and Kafraya after aid was provided in order to depict the humanitarian situation there, in contrast to the hundreds of pictures and films which have confirmed that a starvation is taking place in Madaya.