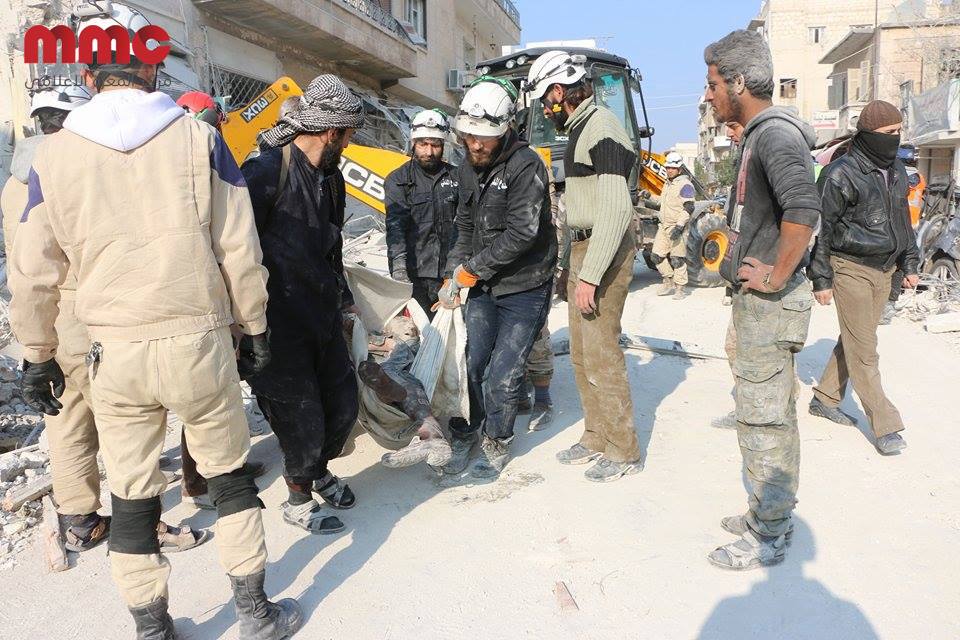 War planes, believed to be Russian, targeted residential areas in the city of Idlib, killing approximately 40 people, whilst local sources say that the number of those killed reached 70 people.

The civil defence mourned one of its officers, Abdul Aziz Abdul Rahman al-Tilawi, who was killed whilst saving survivors in Khan Sheikhoon.

Victims identified in Idlib include:

Victims in Khan Sheikhoon were identified as: