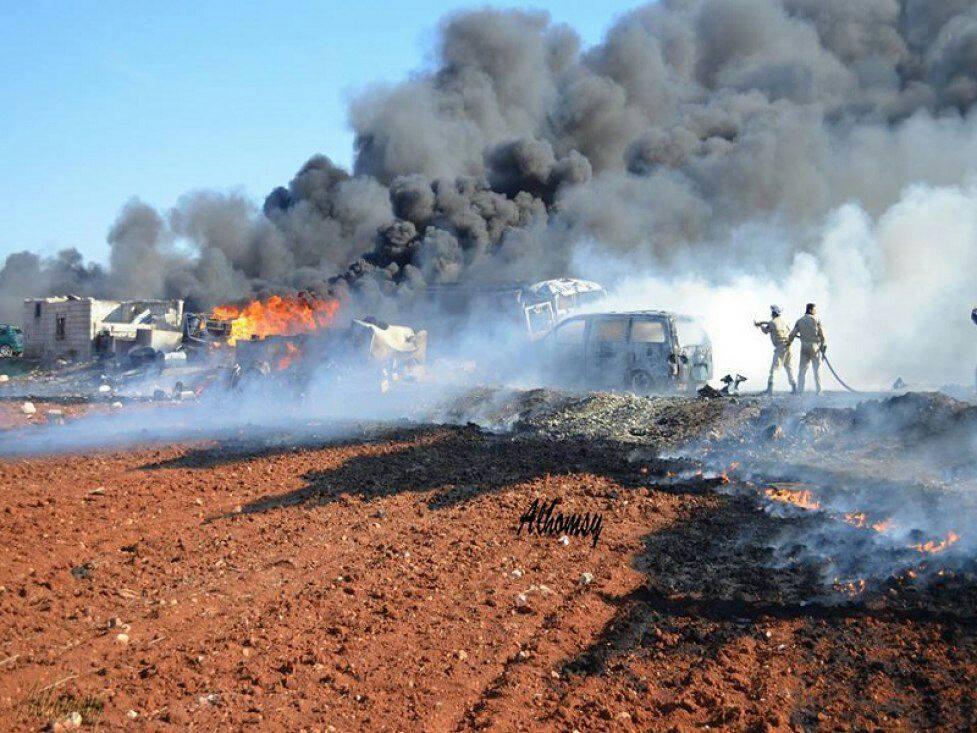 Large fires erupted when the fuel was set alight by the attack.

War planes, believed to be Russian, targeted a fuel market in Ma’arat al-Noman, eastern rural Idlib, killing 20 people in the first count, injuring dozens of others, and inciting many large fires due to the fuel and the cars carrying them being set alight. The Columns of smoke could be seen rising from long distances.

Media loyal to the regime announced that the attack was a strike which targeted oil tankers which were going to be transported to Turkey. 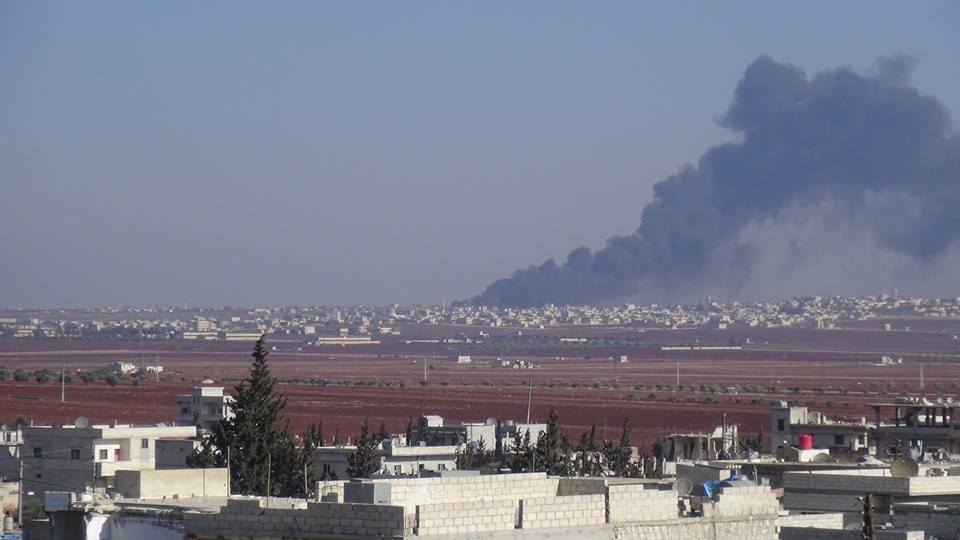