You are here: Home / Editors choice / Air Strikes on Rural Damascus lead to Series of Massacres 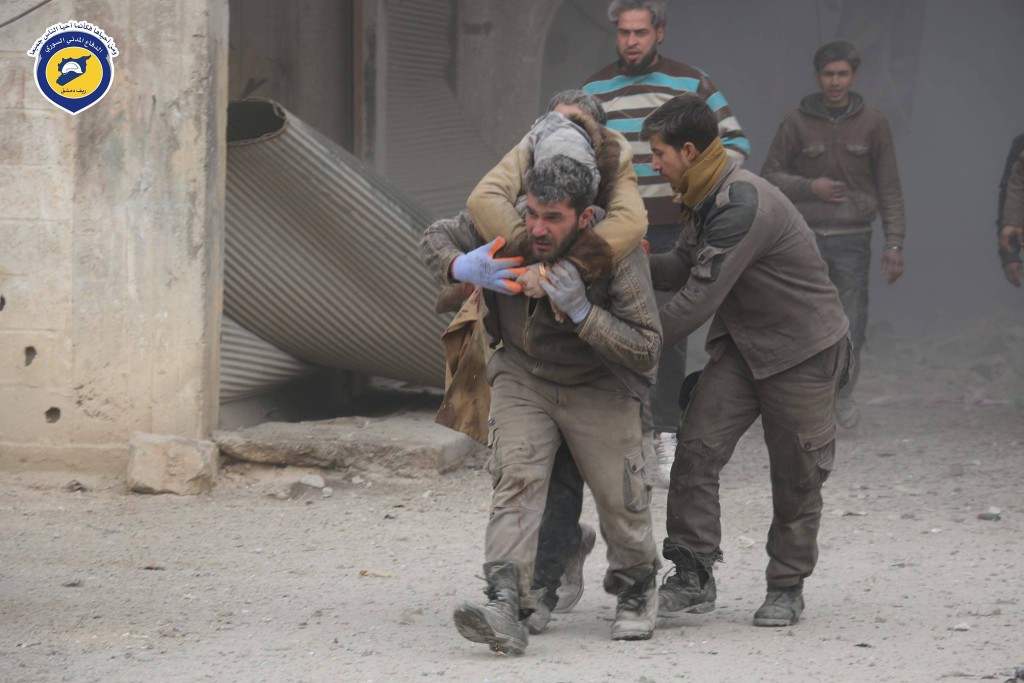 Approximately 40 people were killed and tens of others injured in rural Damascus when war planes targeted the cities of Douma, Saqba, Hamouriya, Arbeen, Zamalka, al-Marj, and Kafrbatna this morning, as well as the district of Jobar in Damascus city, with cluster bombs and rockets.

In Douma, the air strikes targeted a school which led to the death and injury of a number of students and teaching staff.

A group of paramedics belonging to the Civil Defence were also targeted as they carried out their humanitarian duties in rescuing the injured in Arbeen, killing and injuring a number of them. 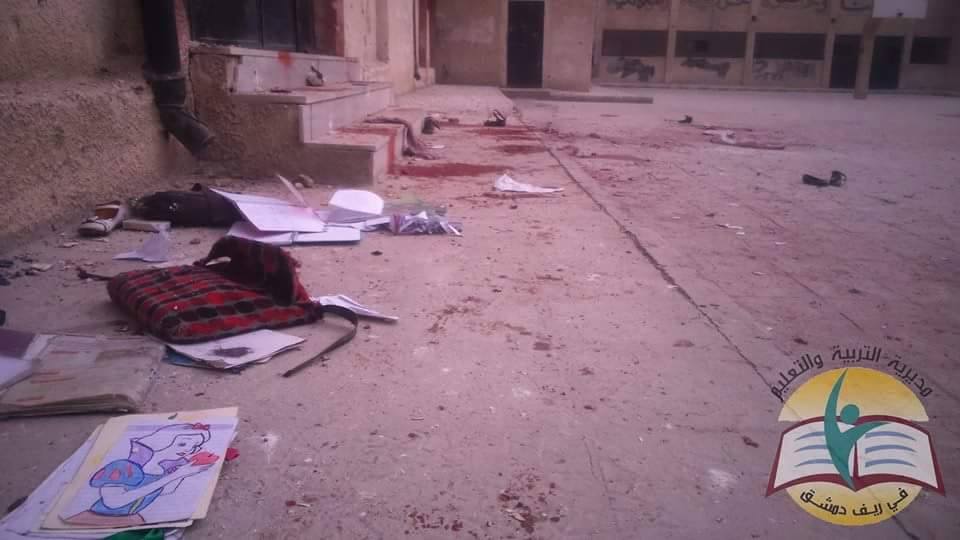 Victims from Saqba that were identified include: