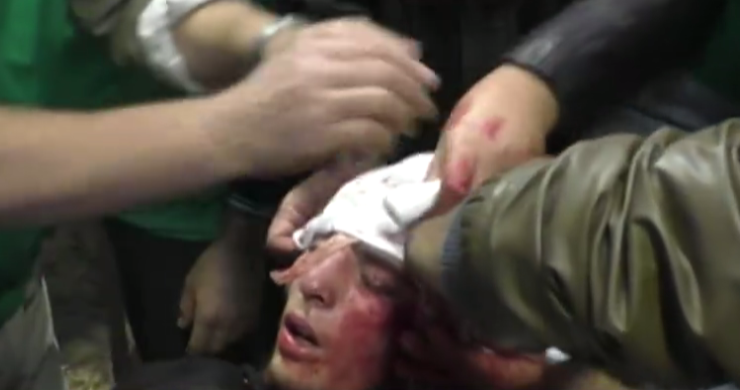 Aljazeera News channel has announced that its camera man, Zakariya Ibrahim, was injured in Homs when a bullet was shot at his head by regime forces as he fulfilled his media duties in covering clashes between armed forces and the Syrian regime.

The channel said that the incident took place in Taldu, in the northern rural countryside of Homs, and that Ibrahim had been transported to a field hospital. His situation is critical.

Zakariya Ibrahim has been working with Aljazeera news channel for a year and a half.