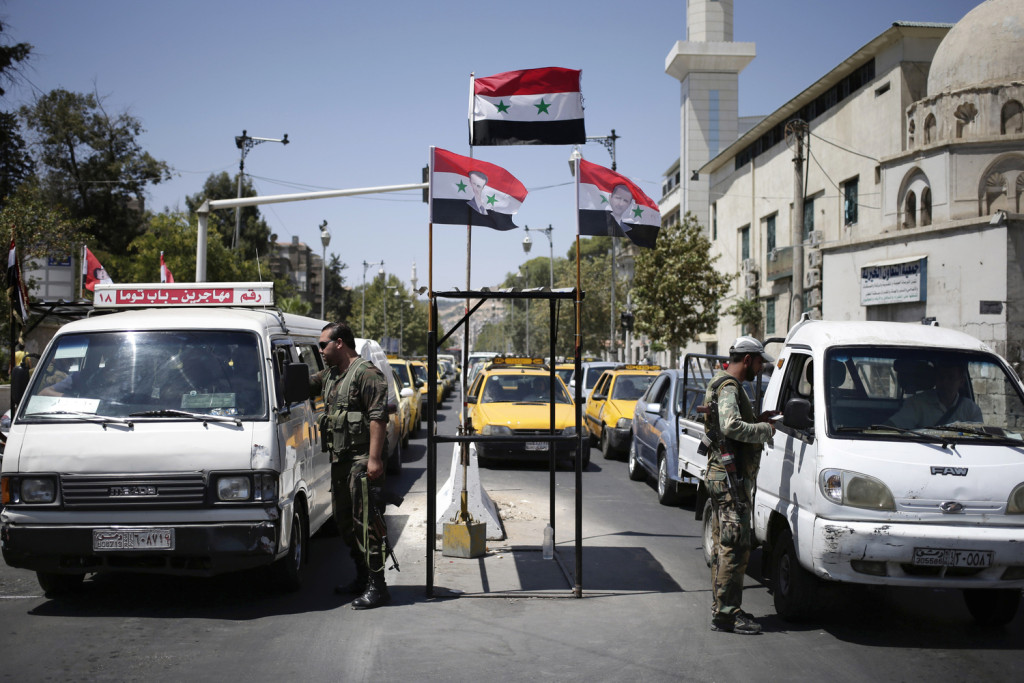 Youths living in regime controlled areas across Syria are facing campaigns in which they are arrested in order to serve their military service. These campaigns began at fixed and temporary security checkpoints since the first week of this current month, and they remain in operation today.

In addition to the arrests which take place at the checkpoints, air intelligence and military police are raiding the homes of those wanted, as well as carrying out waves of arrests at universities.
In Deir Ezzour, security apparatus arrested at least ten university students on 18/11/2015, claiming that they had not served their mandatory military service.

In the recent months, classified areas known to be loyal to the regime in the countrysides of Hama and Homs, as well as Tartous and Lattakia, have also witnessed similar campaigns.

SHRC has documented a number of cases of youths that were arrested despite the fact that they had obtained an exemption from military service. The documents supporting this were not with them at the time of the arrest, and it was requested that the families bring it to the authorities concerned in order to release the youth. Once presented, the authorities procrastinated in accepting the documents and dealing with the case at hand, until the families were forced to pay large sums of money in order for their sons to be released.

According to witness testimonials, several families that managed to free their sons then sent them abroad so that they would not be arrested once more. This includes the sons of families loyal to the regime.
The regime has neither released an official statement for the reasons behind this new wave of arrests, nor has it confirmed any changes in the existing law regarding military service.

Media loyal to the regime had spread news regarding the issuing of resolution 207, which rules that youth born between 1973 and 1998 are to be taken to mandatory or reserved military service immediately. However, SHRC’s research shows that no such resolution was issued.

Mandatory military service is mandatory upon every Syrian male between 18-42 years, according to legislative decree (3) of 2007. Some amendments were made later in decree 33 of 2014, which reduced the cash allowance of a tax payer outside the country and which made it incumbent upon institutions and companies whose employees exceed 50, to allow employees to return to their work immediately upon their termination of military service and to include their length of time in the service in their calculations for social insurance. The decree also allowed those working in public services that are called for reserve military service to be given the same advantages.