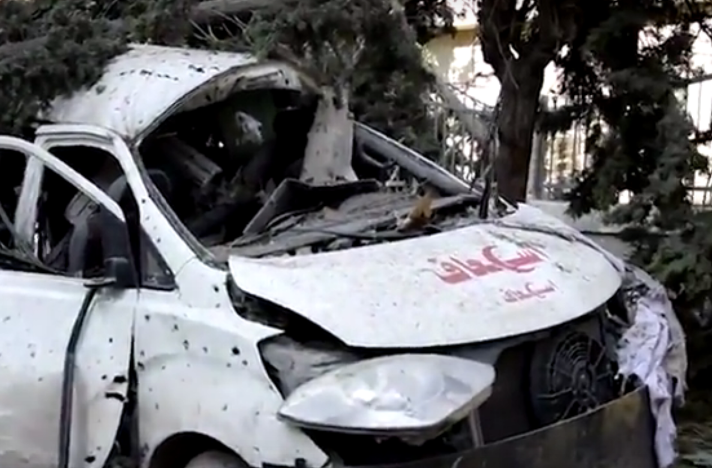 The city of Douma in rural Damascus, was subjected to bombing with cluster bombs and SS missiles, killing at least 12 people, including two children and a physician, and injuring approximately 50 others.

The rocket fire targeted residential areas in the city; a rocket also fell on a mosque and an ambulance was targeted.

War planes also targeted residential districts of the city of Arbeen (rural Damascus) with over ten strikes, killing two and injuring tens of others.

This bombing comes after news of a truce being agreed between brigades of the armed opposition and the Syrian regime, which was to start on Thursday morning. However, the air strikes and bombings mean that the truce has ended.

Victims of Arbeen that were identified include:

Victims of Douma that were identified: