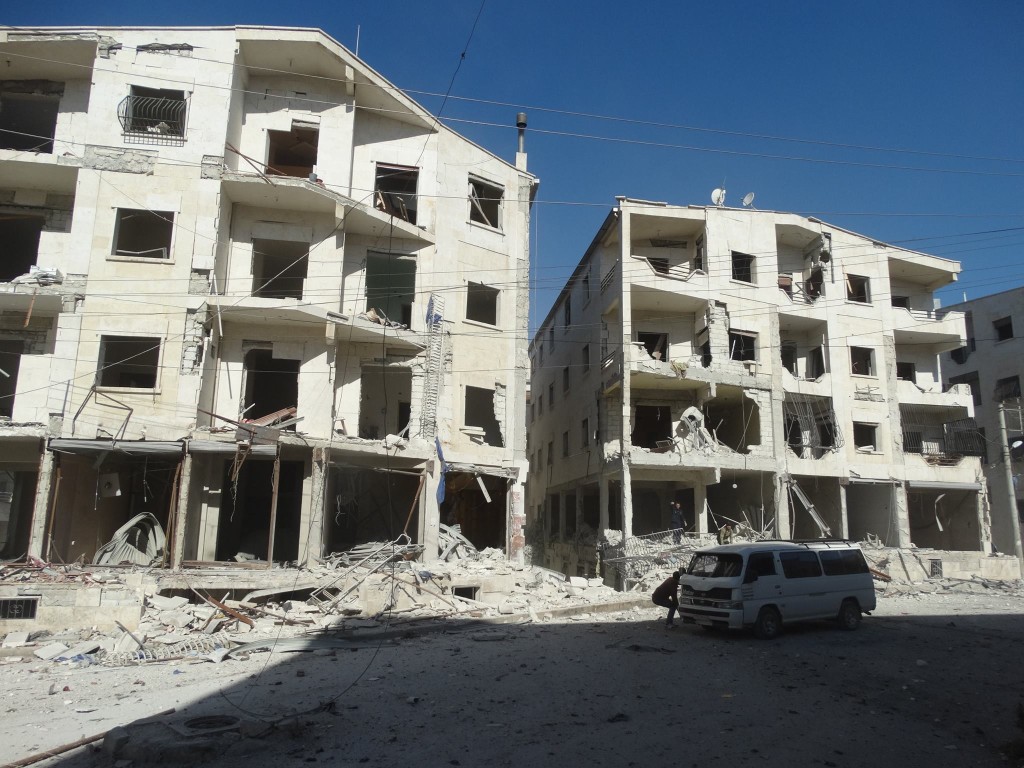 The effects of the bombing on the town of Kafr Hamra

War Planes and Helicopters have targeted the city of Aleppo and its countryside, killing at least ten people and injuring tens of others, in addition to destroying a medicine factory.

The targeting of Aleppo has come at the same time in which Syria peace talks are being convened in Vienna, primarily including the Russian and American sides.

In the town of Kafr Hamra in the northern Aleppine countryside, four were killed when the village was targeted with a vacuum missile, believed to be released by Russian war planes. Victims identified include:

Four were killed in the town of Hayaan, when the village of Bashko was subjected to bombing with an explosive barrel. The four victims are:

In the town of Hreitan, the paramedic Mustafa Maher Bushnaaq (45 years) was killed due to an injury he sustained whilst carrying out his humanitarian duties in Bashko, northern Aleppo.

In addition to his work as a paramedic, Bushnaaq was an artist who organised and participated in many Fine Art exhibitions, the last of which took place in Gazientep (Turkey) in 2013. 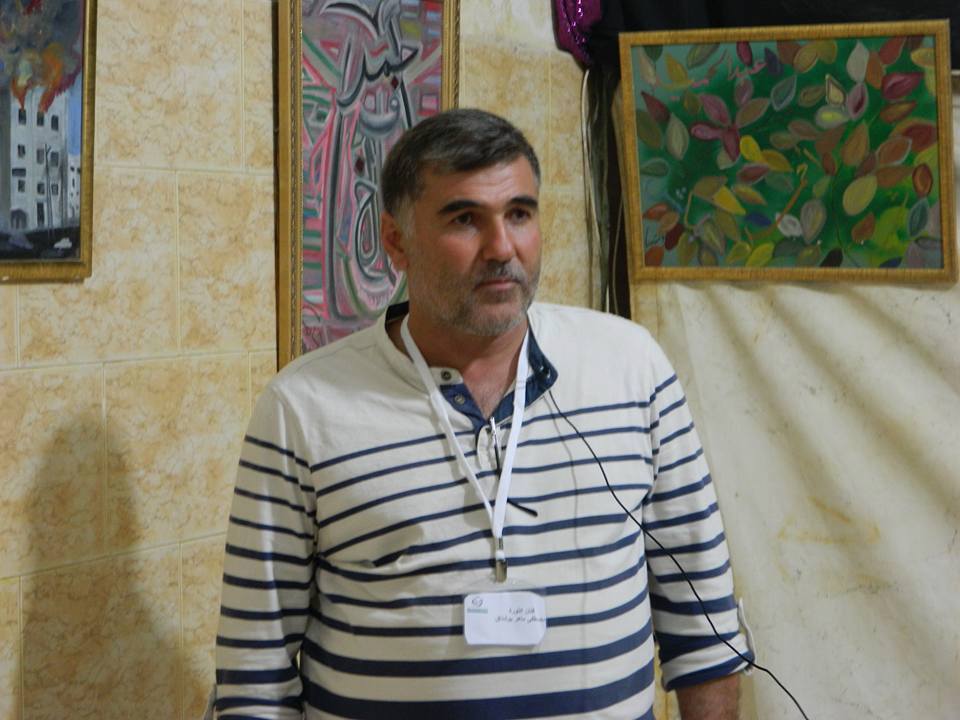