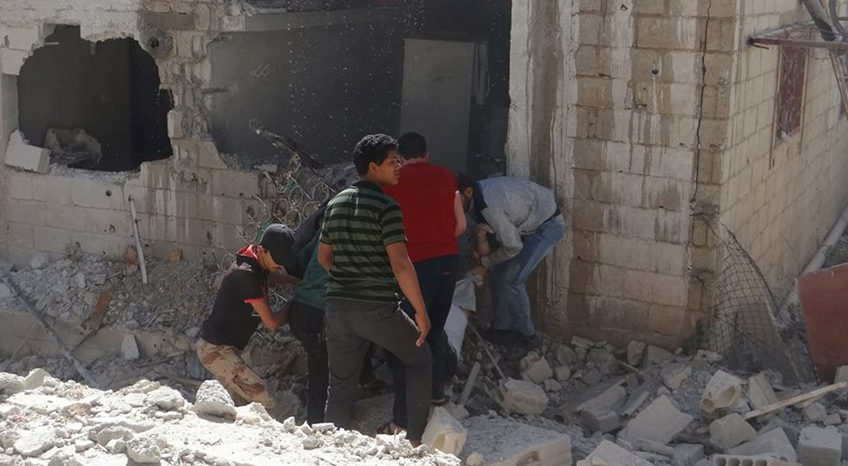 Five were killed and ten others injured in an air strike launched by war planes, believed to be Russian, on the village of al-Ghariyah al-Sharqiyah in rural Daraa.

Meanwhile in rural Damascus, bombing on Tarma and Zamalka killed four civilians, among them two children.

This is whilst two were killed and several others injured after the “International Highway”, close to the city of Saraqib (rural Idlib) was targeted with two air strikes by war planes.

The names of those killed in rural Damascus include: