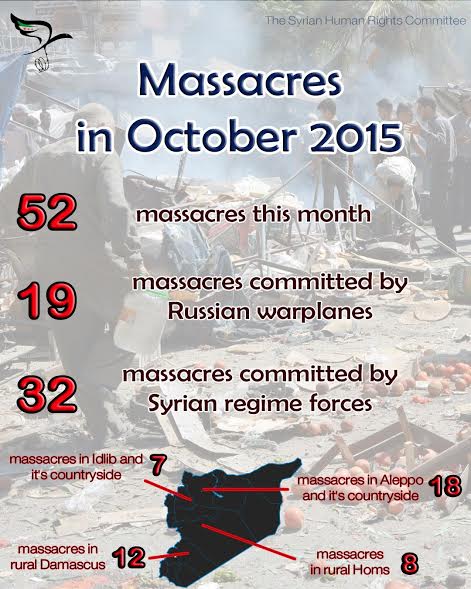 Among the largest of the massacres which took place in October was the Ghanto massacre of 15/10/2015, when war planes targeted a refuge for the displaced, killing 48 people. Two large massacres also took place on 30/10/2015: the massacre of Manbaj city (controlled by ISIS), which killed 40 people and the massacre of Wadi al-‘Arayis in the Kalaseh district of Aleppo city, in which 31 were killed. 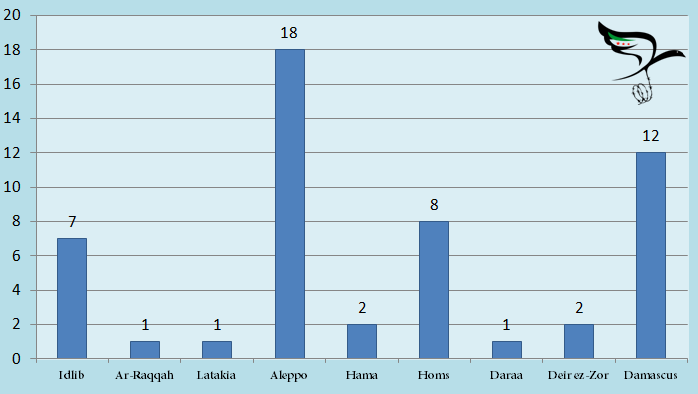