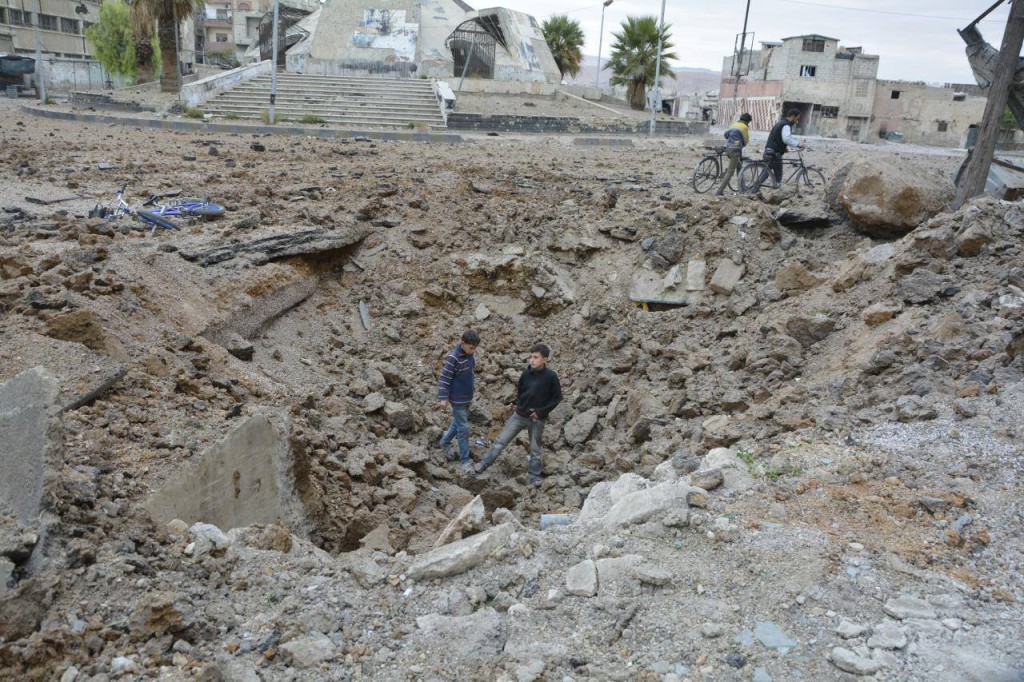 The city of Douma in rural Damascus was targeted with ten cluster bombs, leading to the death of 12 people and the injury of tens of others.

Cluster bombs are internationally prohibited weapons, the shells of which split into several other shells upon their release into the air, in order to cause the largest effect possible on the targeted area. This means that more arbitrary damage is caused, in comparison to targeted bombs.

Victims whose names were identified include: 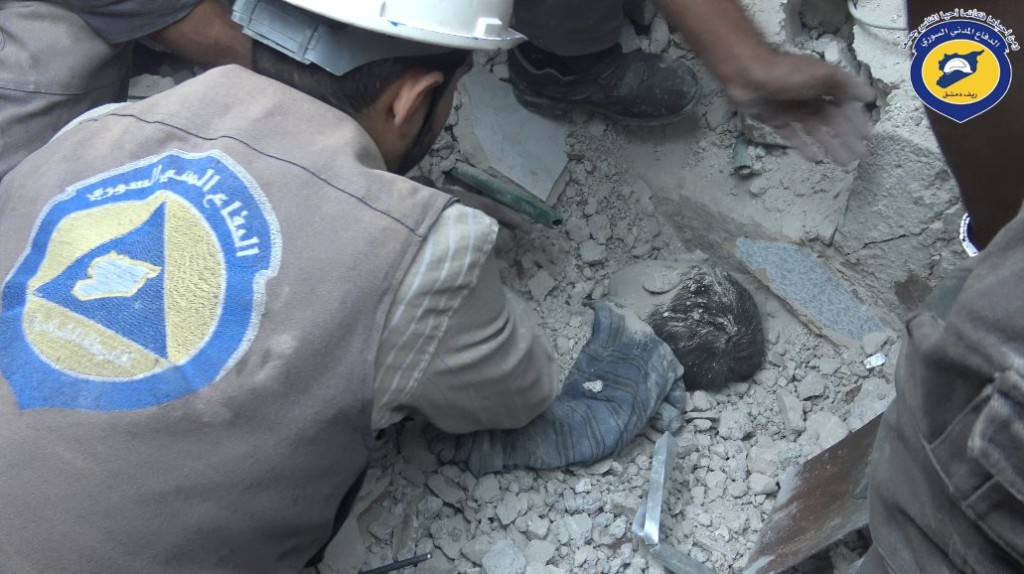 A child is removed from underneath the rubble